People like colors – that’s just how we are wired. Nature has plenty of vibrant hues and gorgeous mixes, but that’s usually not enough for us. We need to color our own ‘habitat’ as well! Most cities feature a modest palette of colors that aren’t too gaudy, sometimes verging on boring. There’s a reason for it – if everything was too colorful, we would soon get tired of it just as much as we would from houses painted in grey. Nevertheless, some people go against the traditional coloring and come up with some really stunning solutions. Here are 10 of the most colorful places in the world.

Poland – Stary Rynek Square in Poznan
The heart of the city is colorful like a kid’s dream. With bars, restaurants and an abundance of street performers, the center of the city draws tourists from all over Europe. No two buildings have the same design or painted the same color, yet somehow they all look beautiful together! 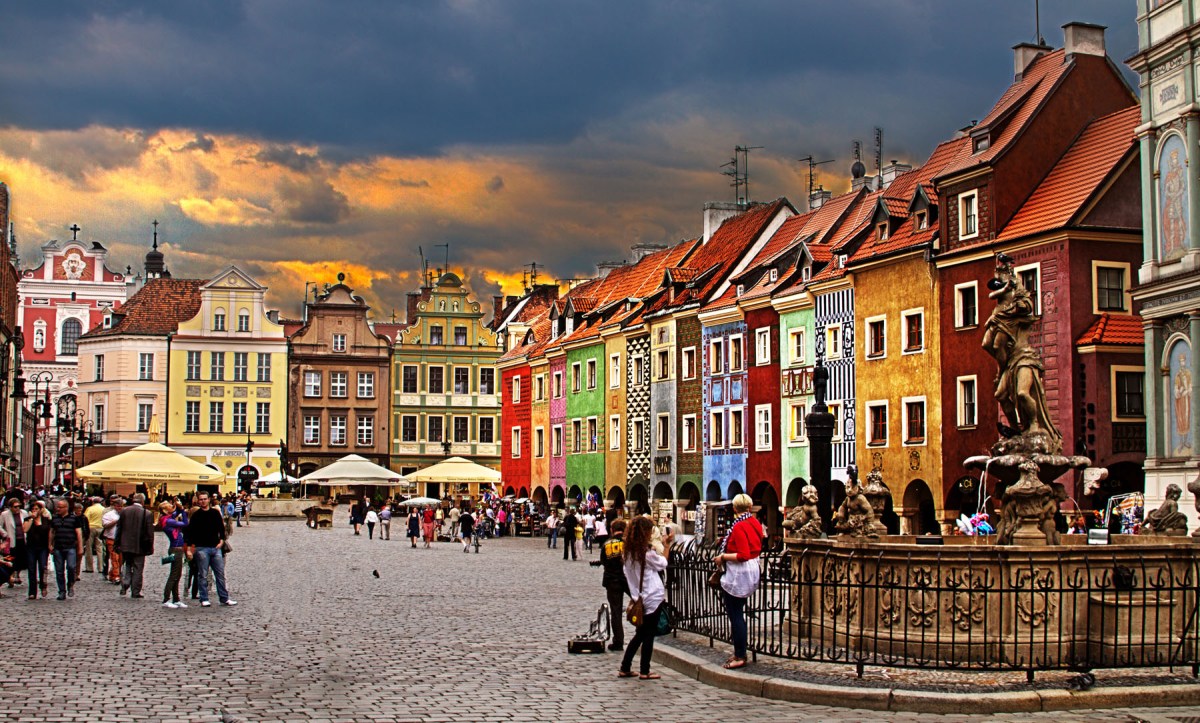 Mexico – a mural neighborhood
We should thank the Mexican government for this amazing masterpiece. Instead of banning graffiti they made full use of it! German Crew, sponsored by the government itself, created by far the largest mural in the country and probably on the whole planet as well! 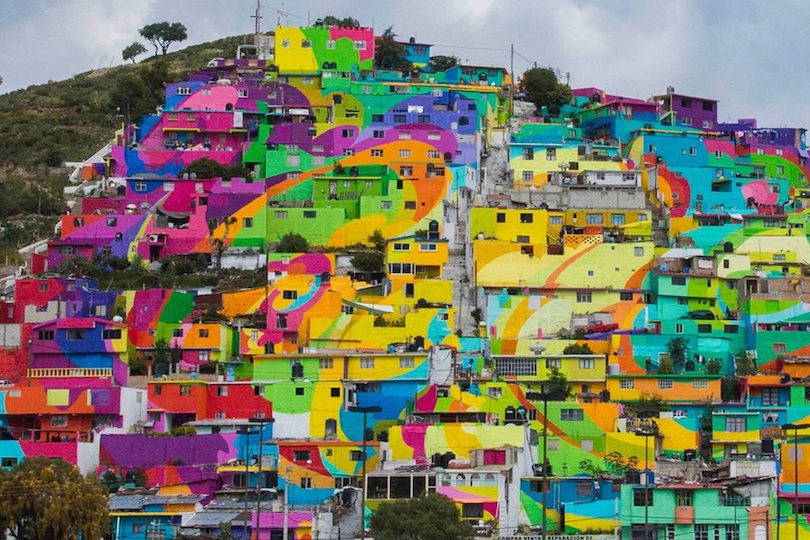 Singapore – Alkaff Bridge
Built in 1997, this spectacular bridge is the most vibrant bridge in the world. It was colored not so long ago by the Filipina artist Pacita Abad. She used more than 800 liters of paint to create this colorful masterpiece. 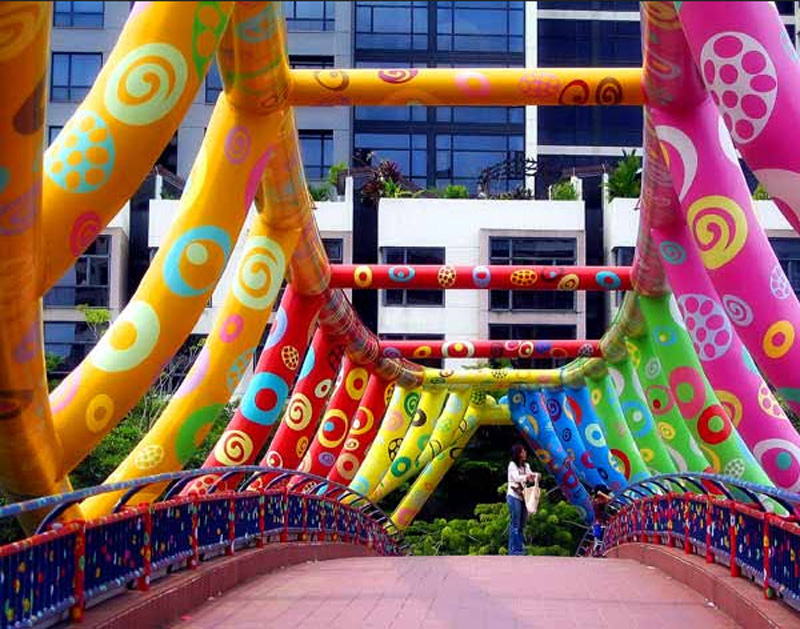 California – The Saguaro Hotel
When we talk about hotels we rarely envision something as bright as this hotel in California. The Saguaro Palm Springs, features 245 rooms and a special menu that will cater to the pickiest eaters and food lovers. It’s like a dream come true! 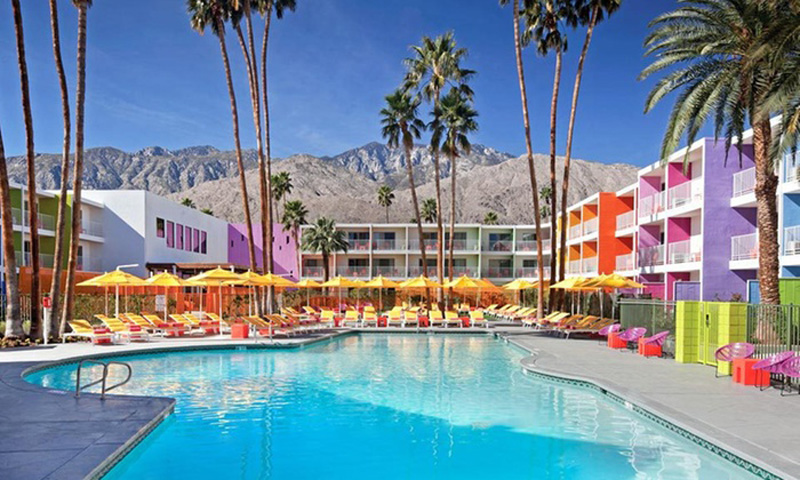 Rio de Janeiro – Santa Marta Favela
Have you ever seen such a colorful slum? Probably not. Built in 1996, it has remained Rio de Janeiro’s most spectacular favela. It was even featured in Michael Jackson’s “They Don’t Care About Us” music video. 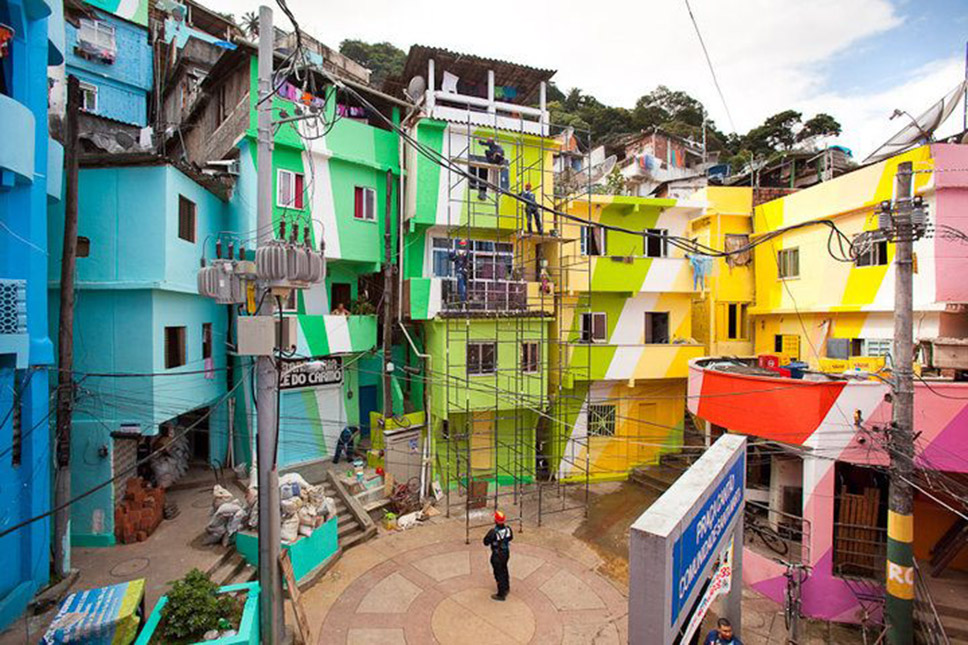 Argentina – La Boca
This spectacular place in Buenos Aires draws thousands of visitors with its colorful vibe. Along with tango and the famed soccer team, La Boca features an array of bright facades and outdoor fairs where artists sell their masterpieces. It’s heaven for any photographer! 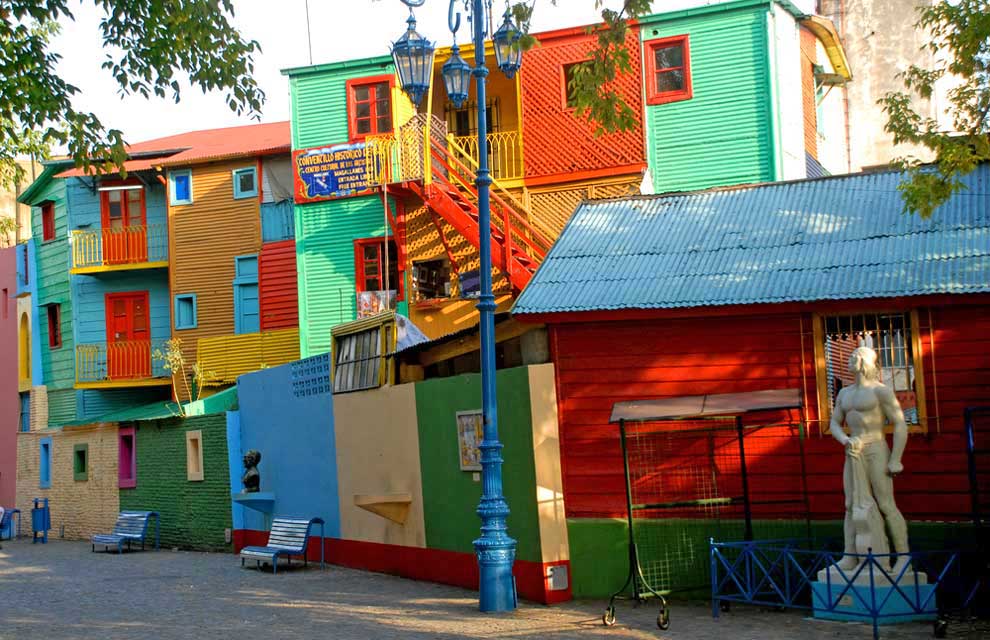 Denmark – Nyhavn
This crazy colored street in Copenhagen is among the oldest in town. It used to be a rundown waterfront, yet it was later transformed and brought back to life with a set of vibrant hues. Now it is a spectacular place and one of the most photographed streets in the world. 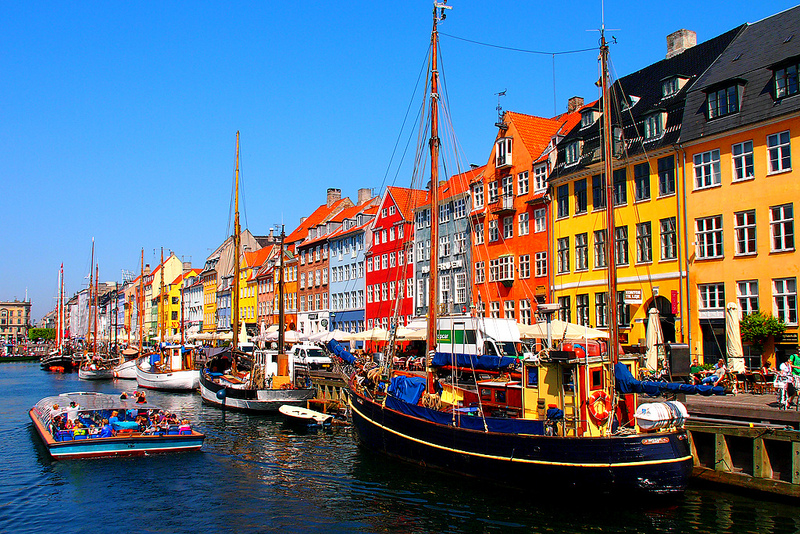 Singapore – Little India
The area occupied by Little India is really not hard to find – everyone knows where the crazy colored buildings are located! The House of Tan Teng Niah is a center piece of Little India and an amazing architectural masterpiece as well. It’s more than 100 years old and was built for Tan Teng Niah’s wife. 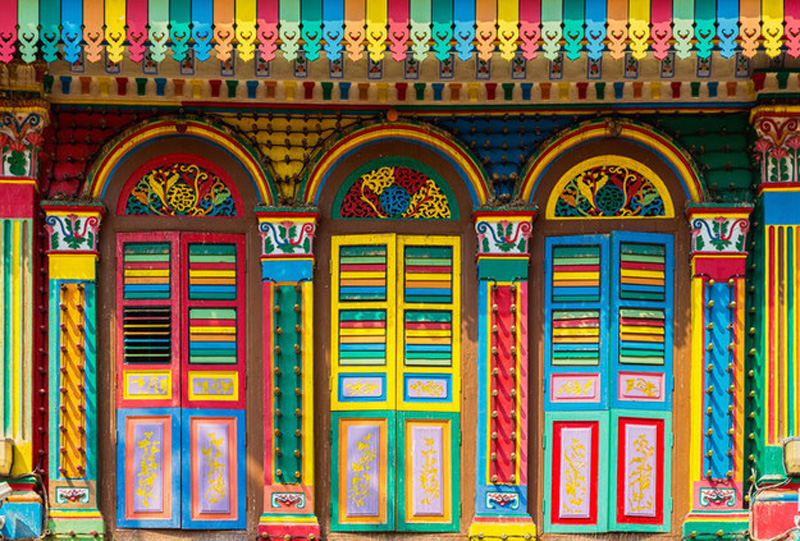 Nuuk – Greenland
Traditional and modern blend beautifully in the town of Nuuk in Greenland. The colors of the houses mix with the natural palette, creating a truly unforgettable ensemble of hues and shades. It’s a truly divine sight! 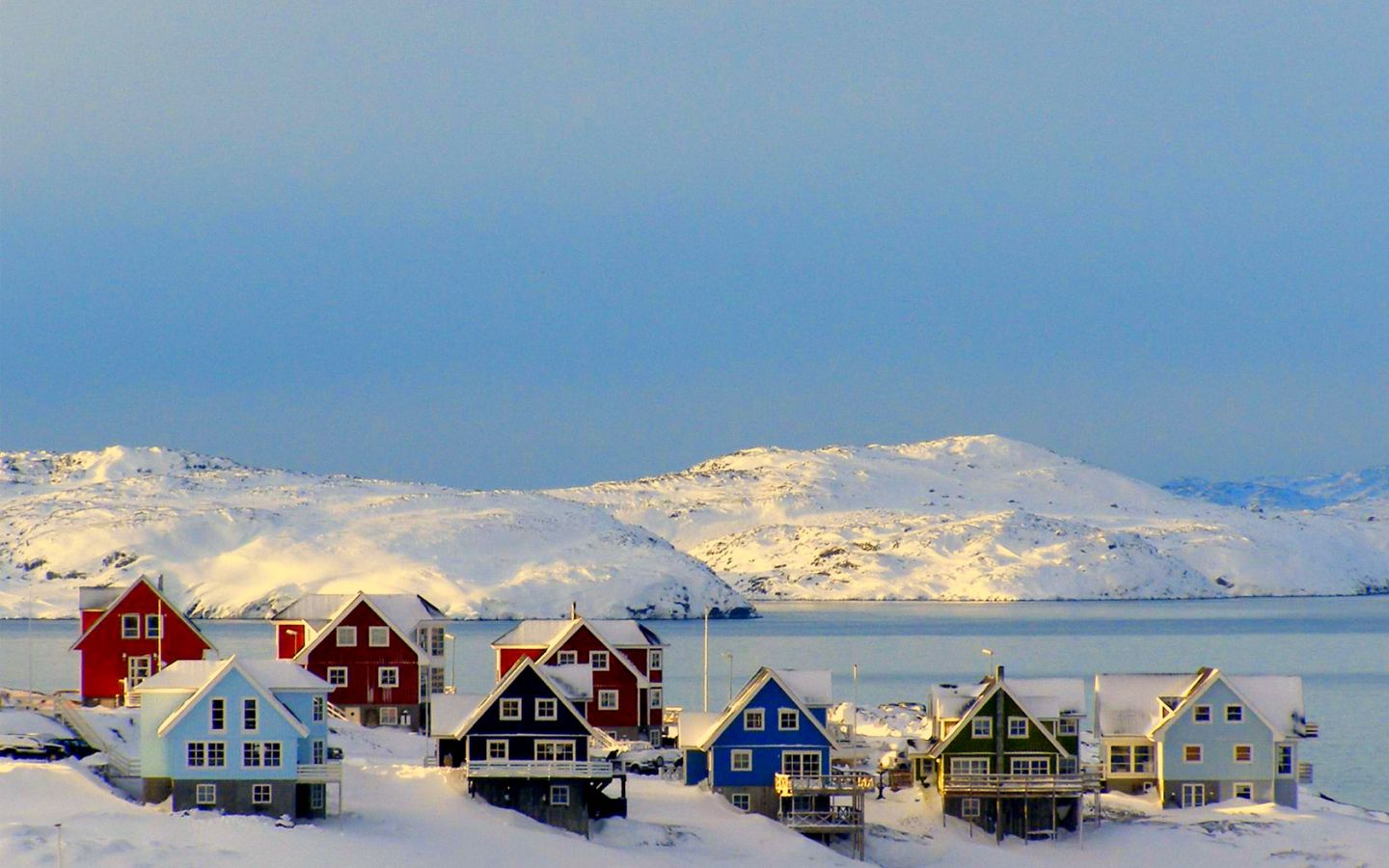 Italy – The Venetian island
This Venetian town may very well be the most colorful in the world. Each building is carefully painted a different color and all of them are arranged beautifully together. Originally the houses were painted so bright for the fishermen – so they could see them in the thick fog. Right now these houses remind us of the era long gone. 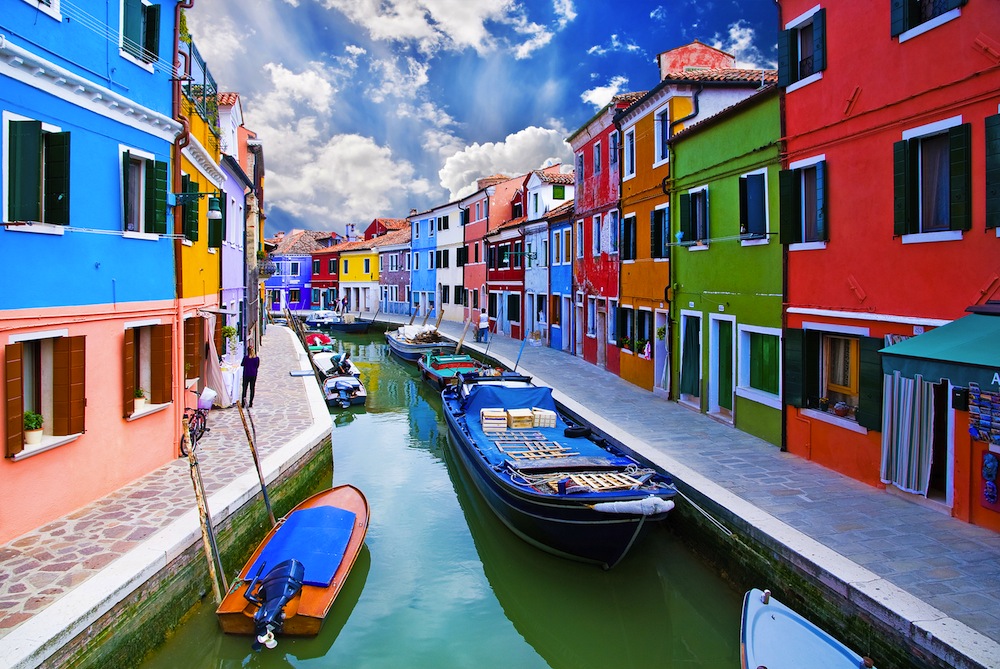