We’ve waited for so long to see Hugh Jackman as “Old man Logan” Wolverine, and the movie is finally here! I cannot believe how amazing the end result was. From the characters motivations, and fan service, to incredibly shot scenes and the R rating. We finally got an R rated Wolverine movie, Reddit! And, oh boy was I giddy when I first saw Laura in action on the big screen. But more on that in a moment.
Anyway, if you have not seen Logan and you’re still on the fence, please, do yourself a favor and go watch it. If you happen to not like it, well, suck to be a bitter old stuck-up then! Check out these 5 reasons why Logan is probably the best Wolverine movie we’ll get in a while!

Blood, guts, and severed heads
Alright, this is not the biggest reason to watch this movie, but it does help you to look at the world from Logan’s perspective. He’s got these adamantium claws that can slice and dice anyone or anything, and while in previous installments we didn’t actually see that much blood and gore, this time, since it was an R rated film, we finally got to experience that wild, feral side of Wolverine (and X-23). Now we know why he’s the best at what he does. The violence levels here feel grounded and real (at least as real as a comic book movie can get). Logan is now old and tired of all the fighting, which is why he uses his skills only if it’s absolutely needed. In fact, you can tell all this from the very first scene in the movie. Not gonna spoil it, just go and see it!

Fan service done right!
Fan service is not always easy to do. If you go overboard with it, then your whole movie will be a mess, like Sharknado 4 *shivers*. But you also can’t NOT include some Easter eggs, nods, and references that only the fans will get. It’s really tricky, but Logan threads that line perfectly. You get that nostalgia fix with hints about the previous events in the X-Men universe, but that’s all they are – just hints. They don’t tug the “plot blanket” to their side, and don’t overshadow the main story, as it usually happens. Just imagine if the “Westchester incident” was given like 10 minutes of screen time. Everyone would think “oh hey, this is what the movie must be about – the X-Men!”, which it wasn’t. Hell, even the X-Men comic books served their purpose and were not just another glorified Easter Egg. It all makes perfect sense, and it’s so subtle, you won’t even see it coming.

Lights… Camera… Action!
The meat and potatoes of pretty much every comic book movie. You can’t have a Wolverine movie without action, right? And oh boy is there action! You got your shooting, slicing, tackling, skewering, growling, chasing, running, and aaaaall the other stuff you’re expecting to see from 2 human blenders, an army of gun-toting cyborgs, and an old grandpa with deadly seizures.
The first time Laura gets serious I got freaking chills all over, which happened last time during the first Avengers. We get some exposition, of course, it’s been 30-something years, after all, but it’s nothing too complex (at first) and takes almost no time. You’ll be like “huh, neat, but let’s move on”. Sure, the character development takes precedence over action, but they’re presented in perfect harmony. With the run time of 2h 20min, I’ve not felt like the movie was dragging, or vice versa – too action packed. Also, NO SHAKY CAM during the fights! 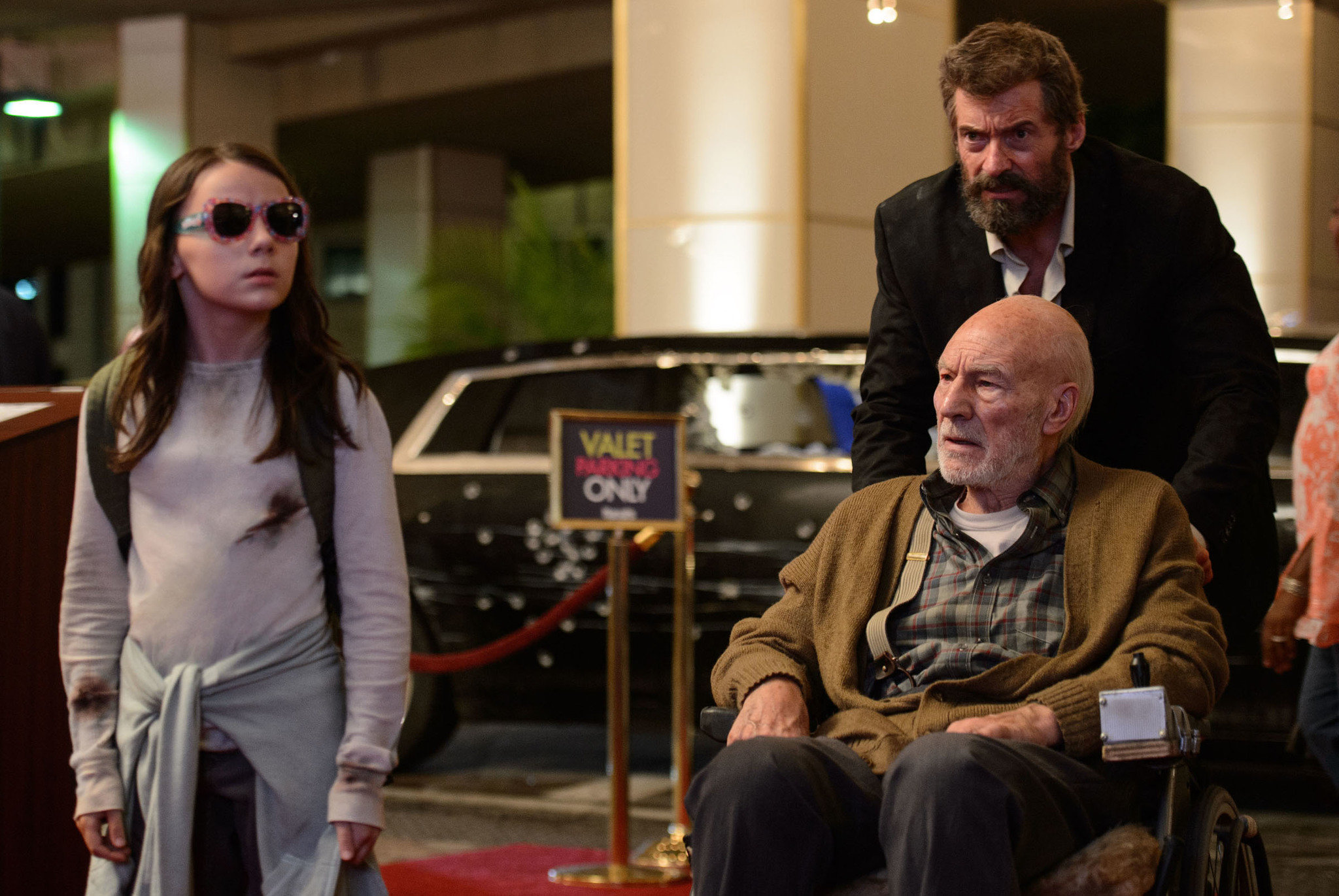 The cast
A perfect cast for a perfect movie. You got your Hugh Jackman as Logan (obviously), Patrick Stewart as the 90 year old Prof. Xavier, Stephen Merchant as Caliban, and my new favorite child actress – Dafne Keen as X-23. Not going to lie, I’m not too familiar with all the other names, so you can just go check the IMDB page, but I am fascinated with everyone’s performance. Even the villains and their low-ranked crooks with guns for hands feel super real, which can’t be said for any of the previous X-Men movies. I really hope at least some of them get nominated for the Oscars, or else we riot! 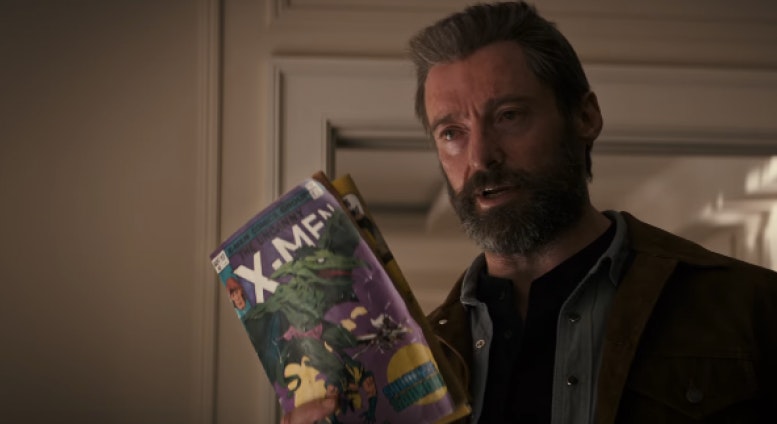 Laura Kinney AKA X-23
And lastly, as if you’d need any other reasons to drop everything and buy the tickets, I have to talk about the genius that is Dafne Keen. I hate child actors. I feel like 90% of the time they’re about as articulate as a wooden door, when it comes to acting, but I’m so glad I was wrong this time. Dafne’s performance makes X-23 seem like she’s a legit feral creature, who only knows how to snarl, look vicious, and be a bad news for any bad guy going after her. Like I said before, the first time she showed her claws, I got all the chills. And since then, whenever they showed her fighting, the chills would come back. By the end of the movie she finally opened her mouth, which was probably the funniest scene I’ve seen in a while. I’m waiting for the big announcement from FOX saying “X-23 will be the new Wolverine, and you’ll see Dafne Keen a bunch more times in our future movies!” (just wishful thinking, shut up!) 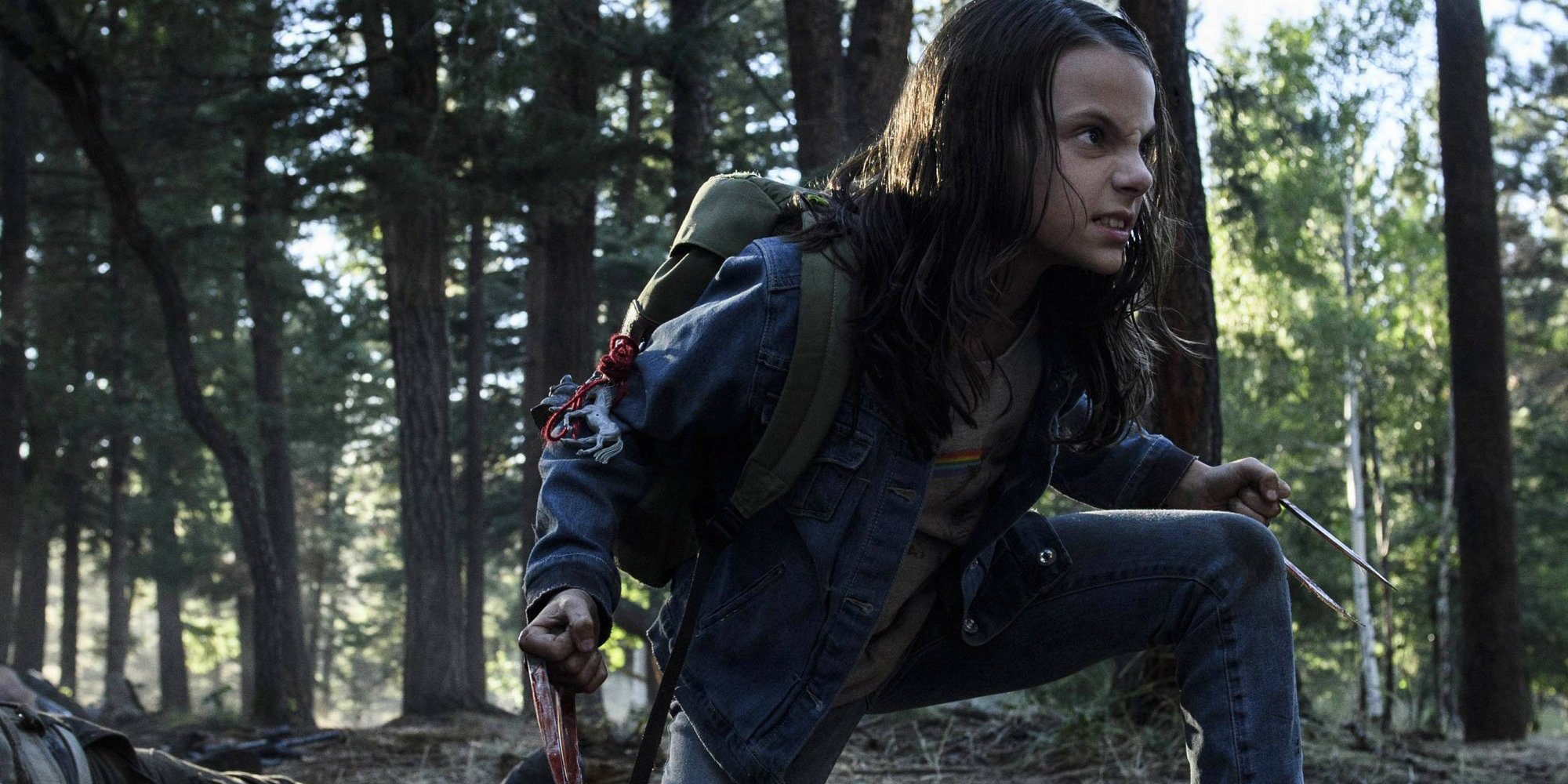 So yeah, without spoiling too much, I hope I’ve managed to convince you to watch this masterpiece of a movie. 10/10 will go see it again myself!