Nothing beats having a collection of rare things. Especially things that have been discontinued. Knowing you’re one of only a few people to own a certain object is a very amazing thing, and can really spice up your collection. Where some people collect old coins or post stamps, finding a rare car seems a lot more difficult. Finding an expensive car is easy enough, but how do you find a car that’s truly unique?
This list will give you an idea what cars to look for if you want to make your car collection (which everyone has, don’t lie to me) truly unique. These won’t be the fastest or the prettiest, but at least you’ll be sure that asshole Dave from across the street won’t get a bigger or better car next week – half the cars in the world are bigger and better! And the other half are cars no one likes anyway. I’m looking at you, Fiat 500. Be gone from this earth and never return.
So now that I’ve made it very clear that these cars are purely motorized e-peen and have no real practical use, let’s take a look at some of the rarest cars to grace this wonderful planet.

10. Packard Panther
This car, built in 1954, never really made it to mass production. It can be picked up for about $800,000 and looks like a proper old car. The design is truly what you’d expect from a car from that era and it has a very high pimp factor. All it needs are the fluffy dice hanging from the rear view mirror. 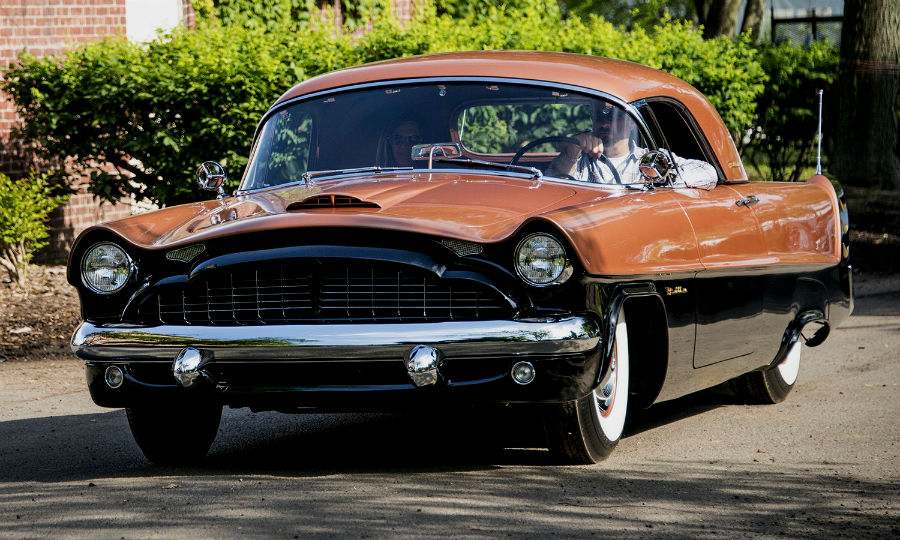 9. Mercedes Benz 300SL Gullwing
This one was in production from 1957 to 1963. It had very distinctive gullwing doors (“flapping wing doors like a seagull that go up”). A nicely restored 300SL costs about $1.5 million today. It’s a Mercedes and those never come cheap – even an oldie but goodie like this one. 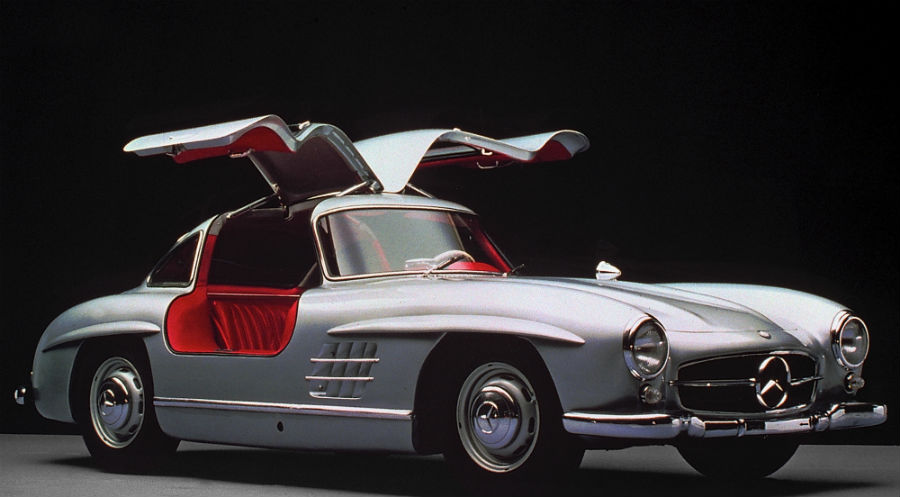 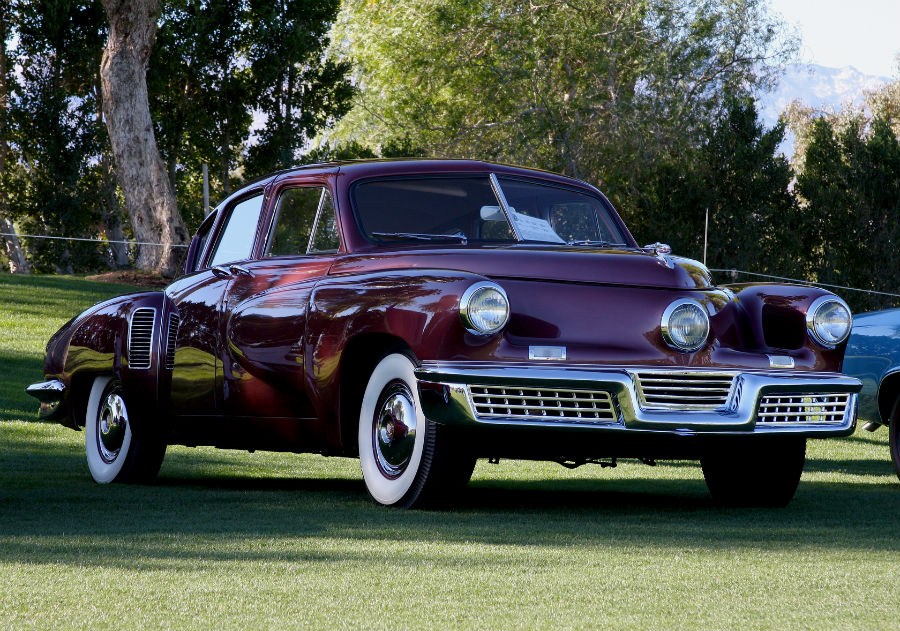 7. 1921 Helica De Leyat
Yes, this looks like a hovercraft had sex with a horse carriage and never cared to raise the bastard child. Indeed it does. Thankfully, the hovercraft only fathered 30 bastard children. The value of these freaks of nature is unknown, since I’m pretty sure no one would pay good money for these. Even the hovercraft didn’t want it. 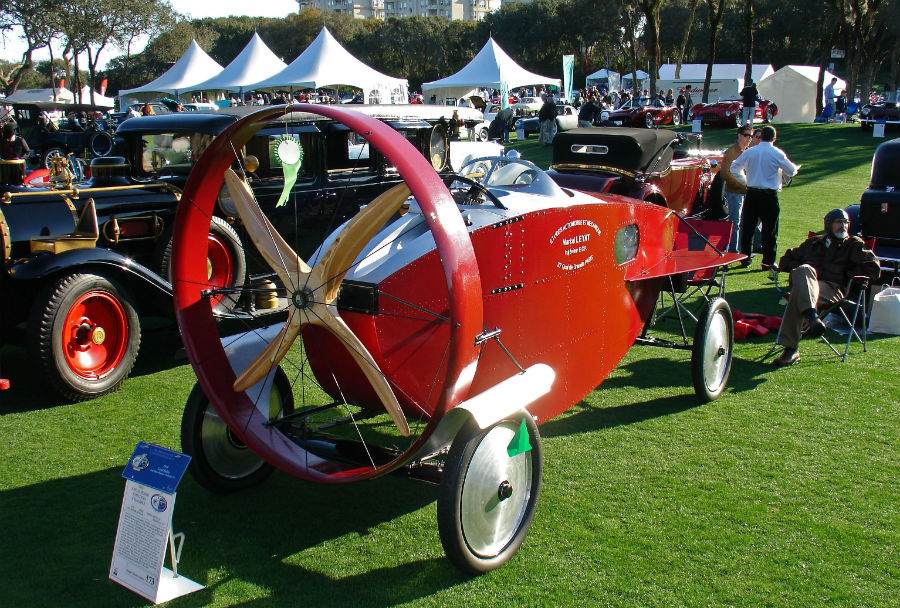 6. Talbot Lago Grand Sport
This beautiful car looks like what the Batmobile would be if Batman were a posh Brit. So pretty much if Alfred was Batman and Bruce Wayne was the butler. Only 12 of these were produced, and each of them costs about 2,5 million dollars – a price tag fitting for Batman. 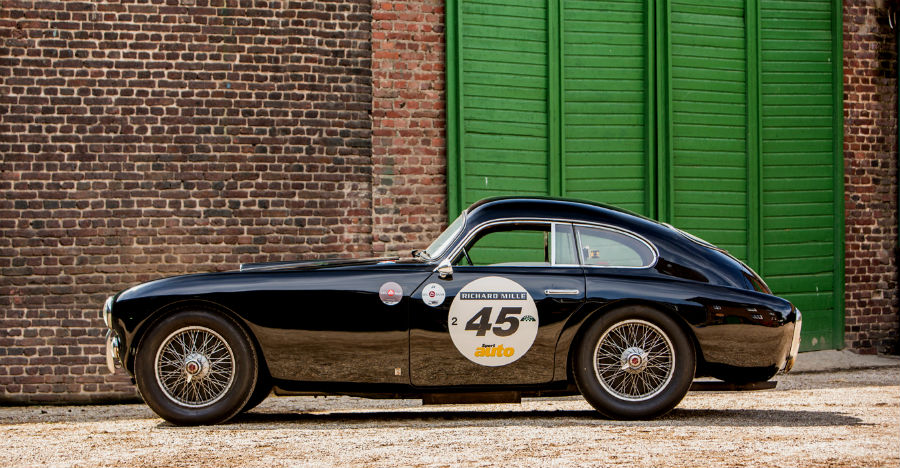 5. Porsche 916
The 916 prototypes came into being in the early ‘70s, it was one of the fastest cars around – naturally, it’s a Porsche. Only 11 of these boxy looking gems were made and only one was ever imported into the United States. The other 10 are probably somewhere in Dubai. These babies get sold in private markets for about $3 million. 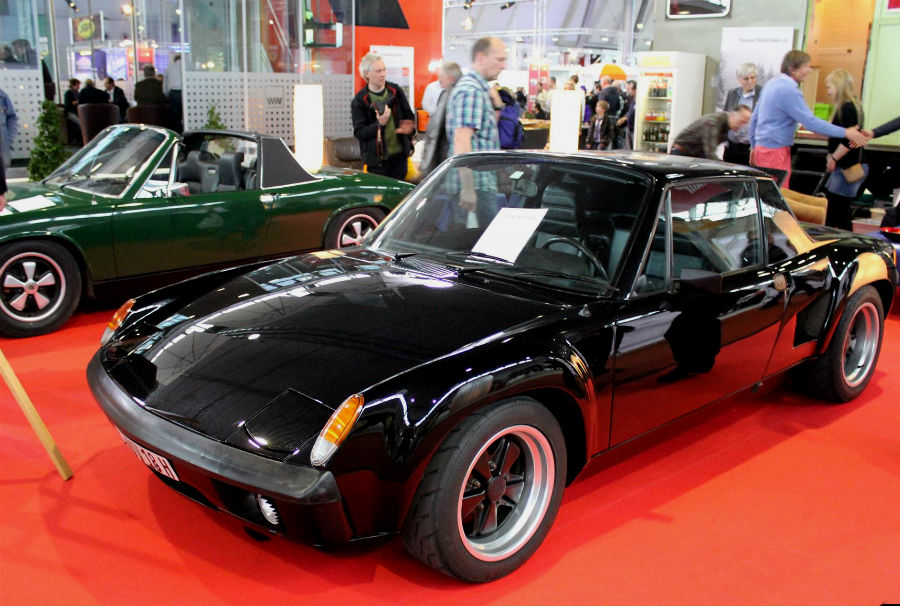 4. Rolls-Royce 15 HP
If you want to know how old this car is: when this was built, 15 horsepower was considered a powerhouse. It was built in the wonderful year of 1904, and it was in fact the first ever Rolls-Royce. A modest 6 of these were made and insurance companies value them at $35 million each. Because it’s the first Rolls-Royce. What did you expect? 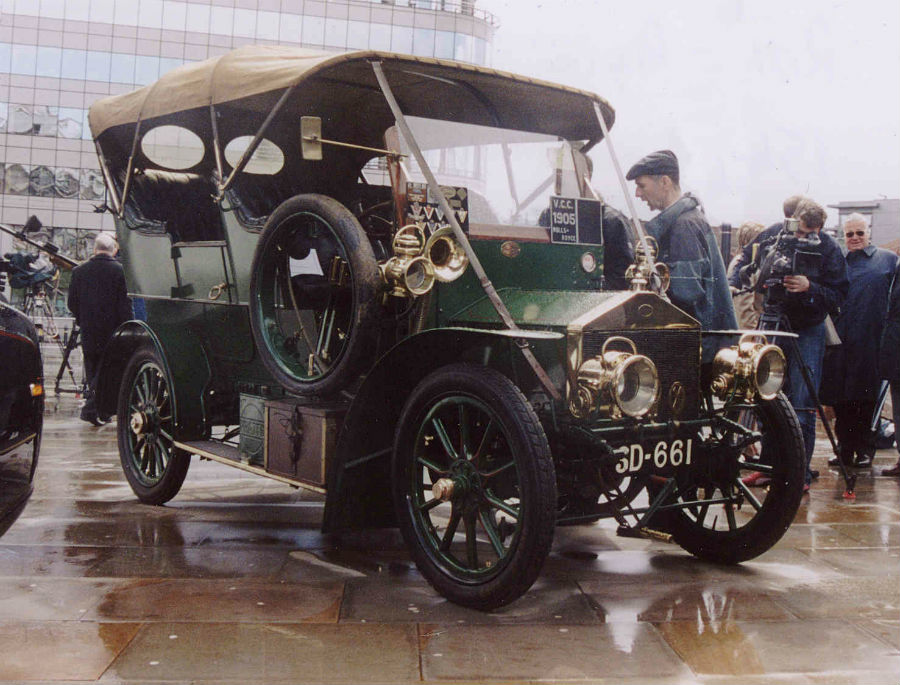 3. 1954 Oldsmobile F-88
The F-88, not to be confused with the F-18 fighter jet, is a 250 horsepower jewel from the 50s. Only 4 of these were made, and naturally they cost a whopping $3.5 million in today’s collector’s market. Pretty sure you could barter for a discount if you buy the four part set and get ‘em all for 12 million. The car shared the early Chevrolet Corvette chassis and the idea of a lightweight fiberglass body. The Olds is a definite head turner! 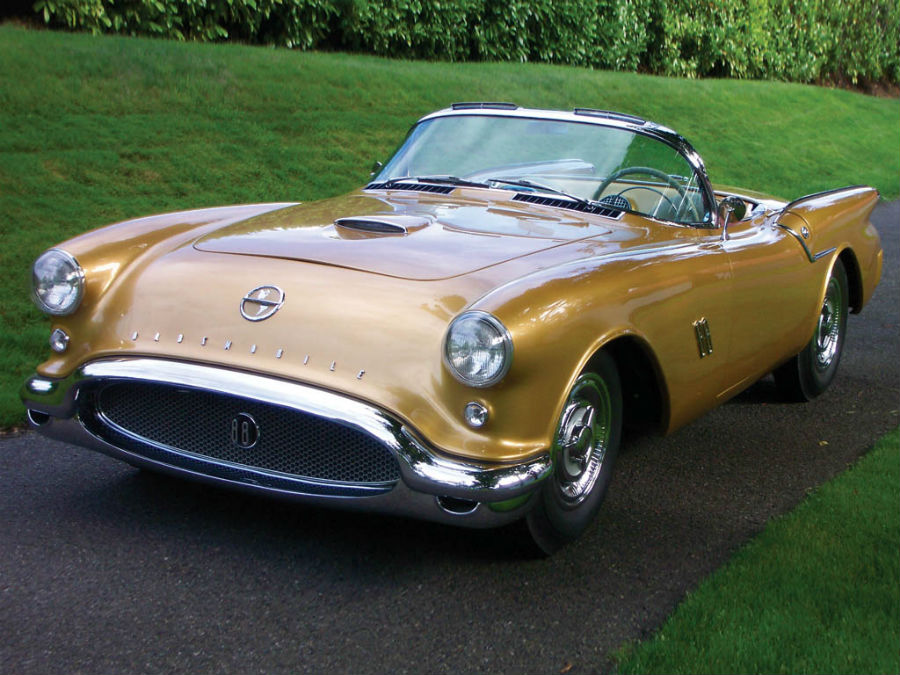 2. Aston Martin Bulldog
The reason this car is one of the rarest in the world is quite obvious: only one was ever made. The original plan was to build 25, but my original plan was to be a productive member of society. I think the Bulldog served as the inspiration for the later production car by John DeLoren with his DMC-12; over 8,000 DeLorens were produced. I can see how plans sometimes fall short of expectations – the Bulldog was amazing. If you want the Aston Martin Bulldog, it’ll cost you $1.3 million. Unless its owner wants to ask more, because he can pretty much ask whatever the hell he wants, can’t he? 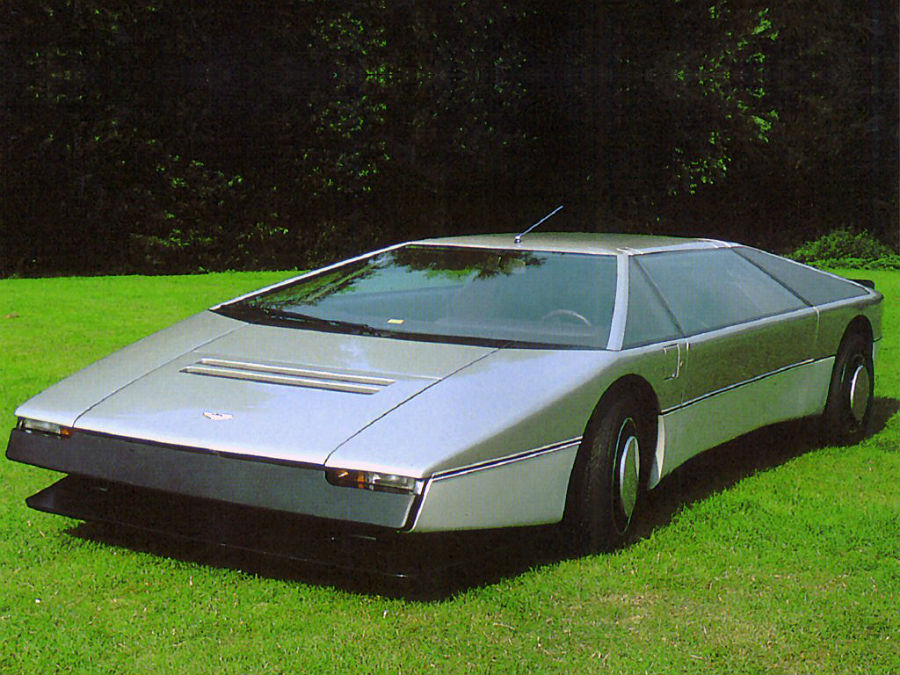 1. Ferrari 250 GT Spyder
Now how do you become a rarer car than a car of which only one was made? Pretty damn easy: only one Ferrari 250 GT Spyder was made and it costs a whole lot more. Instead of the $1.3 million the Bulldog would cost you, this red beauty will cost you $10 million. Which means you can’t afford it – kinda impacts my lunch money too. 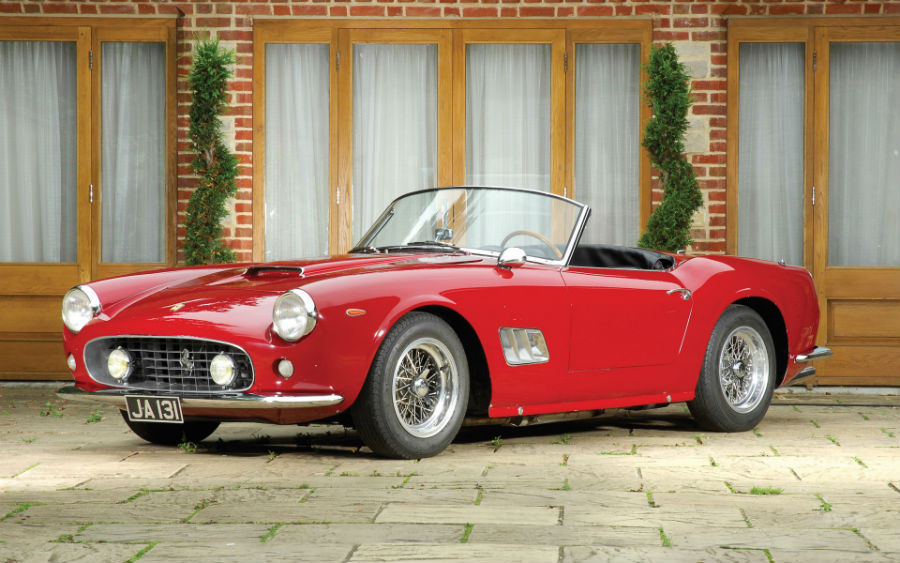 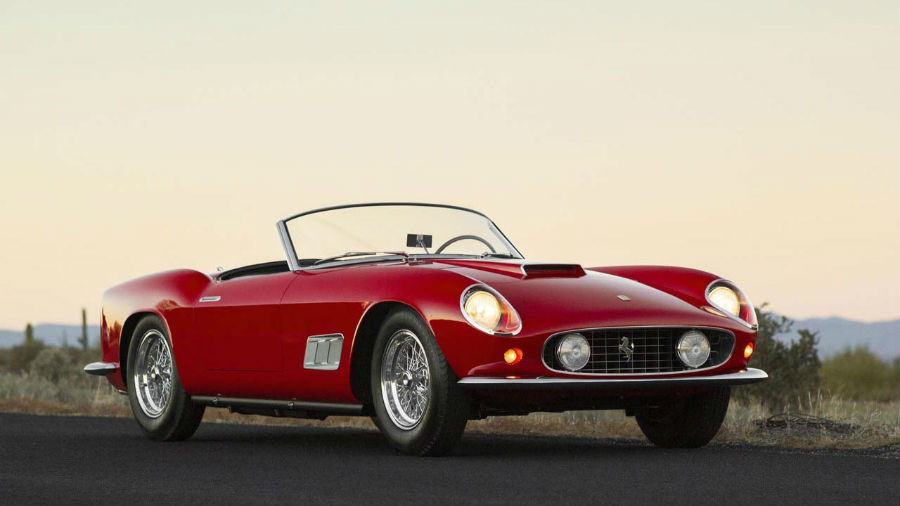