Most of us think that history is something that is set in stone, but it is hardly so. History has been rewritten countless times, certainly more than we can account for. It is fluid, some facts are forgotten, others are artificially buried, and some are so unusual and bizarre that it’s hard to believe that something like that could ever happen. But it did! And we have a collection of spectacular events that seem almost impossible. Dining on top of a pyramid? Surely no such thing could have been allowed. You’ll be surprised to see that something we consider amazing today was something quite usual just a few decades ago.

The Great Pyramids in Giza
How about sunbathing on top of a pyramid that’s thousands of years old? And have a cup of tea while you are at it. This group of tourists had no problem with taking their clothes off at one of the most ancient archaeological sites on Earth and simply enjoying themselves. Because that’s what tourists do. 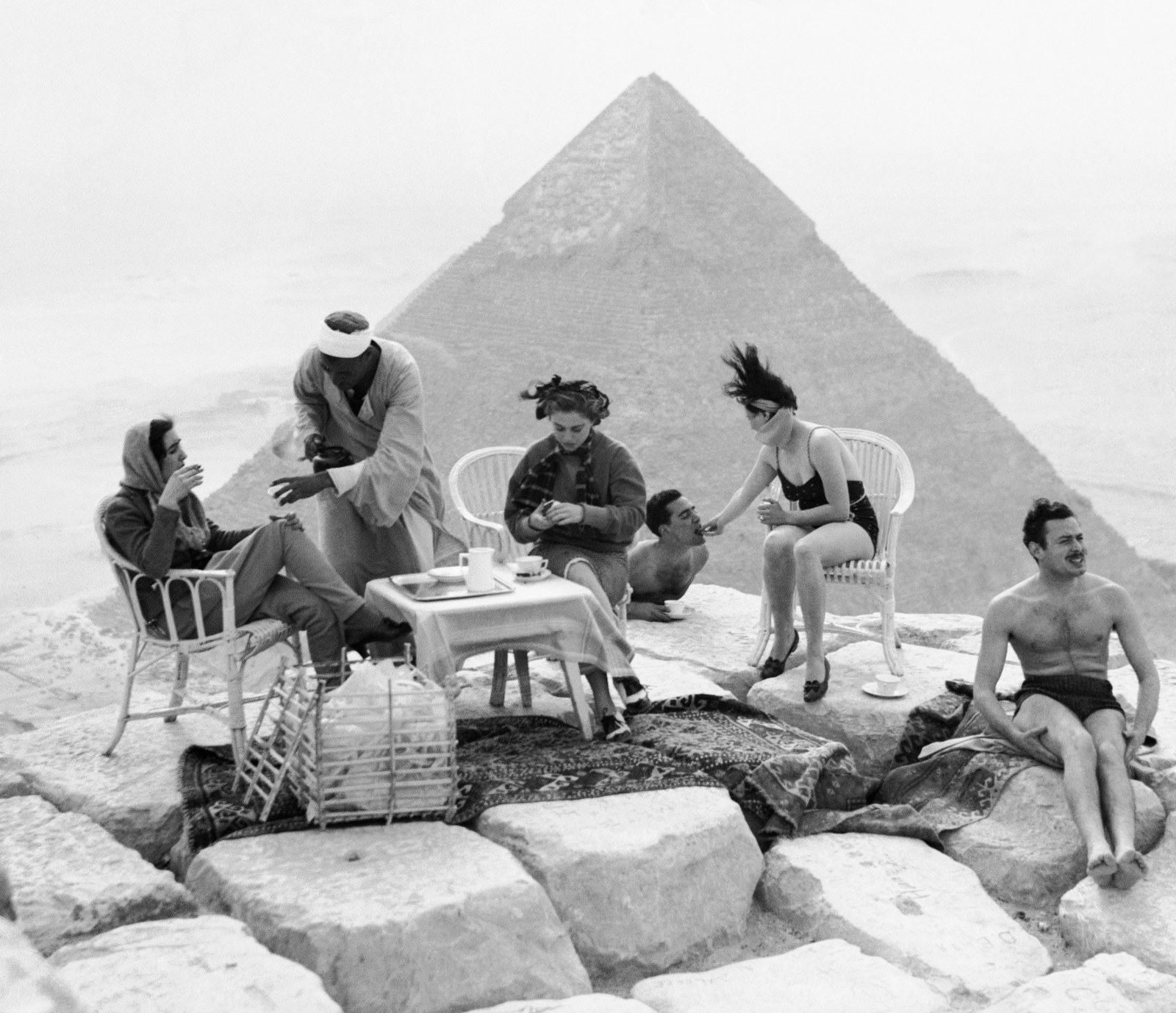 The Eiffel Tower
It’s hard to imagine that there was a time when this iconic structure didn’t exist. What was Paris like without it? On this photo you see the Eiffel Tower being built in 1888. There’s still so much to do! 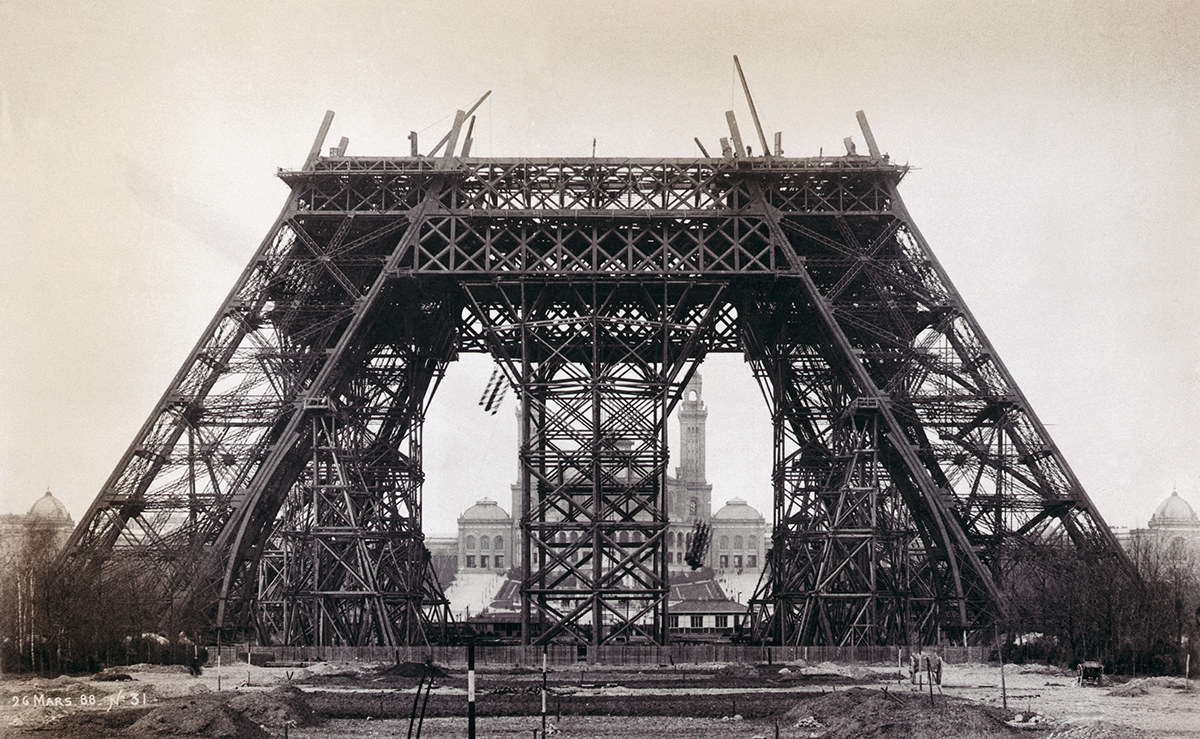 Titanic
Take a step back in time as you look around this luxurious dining room on board the Titanic. Now all this wealth is buried deep underwater and hundreds of lives were lost during this horrible tragedy. Yet the photo looks calm and serene. Nothing has happened yet. 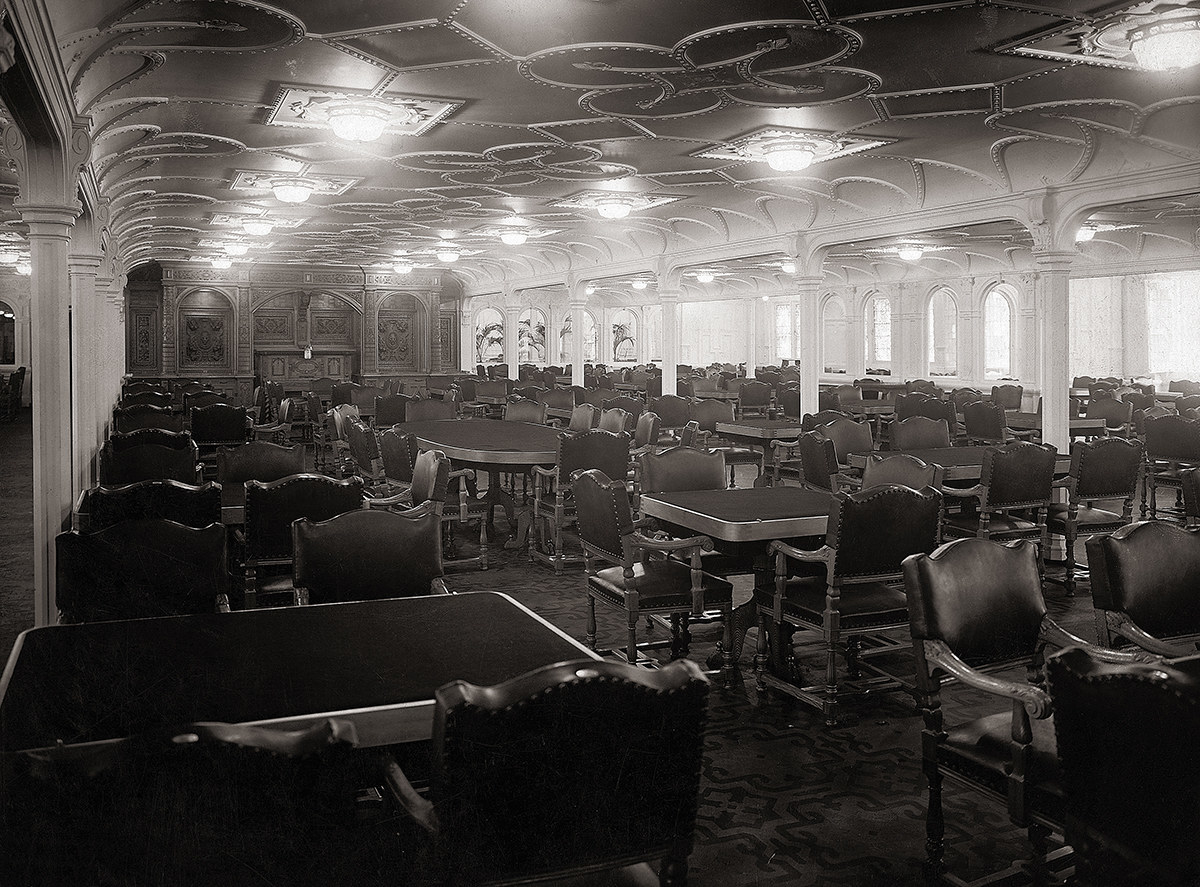 The Berlin Wall
Welcome to the year 1961. The Berlin Wall has separated thousands of families, including this one. On the photo you can see a couple showing their newborn babies to their grandparents on the other side. It’s a truly heartbreaking sight. 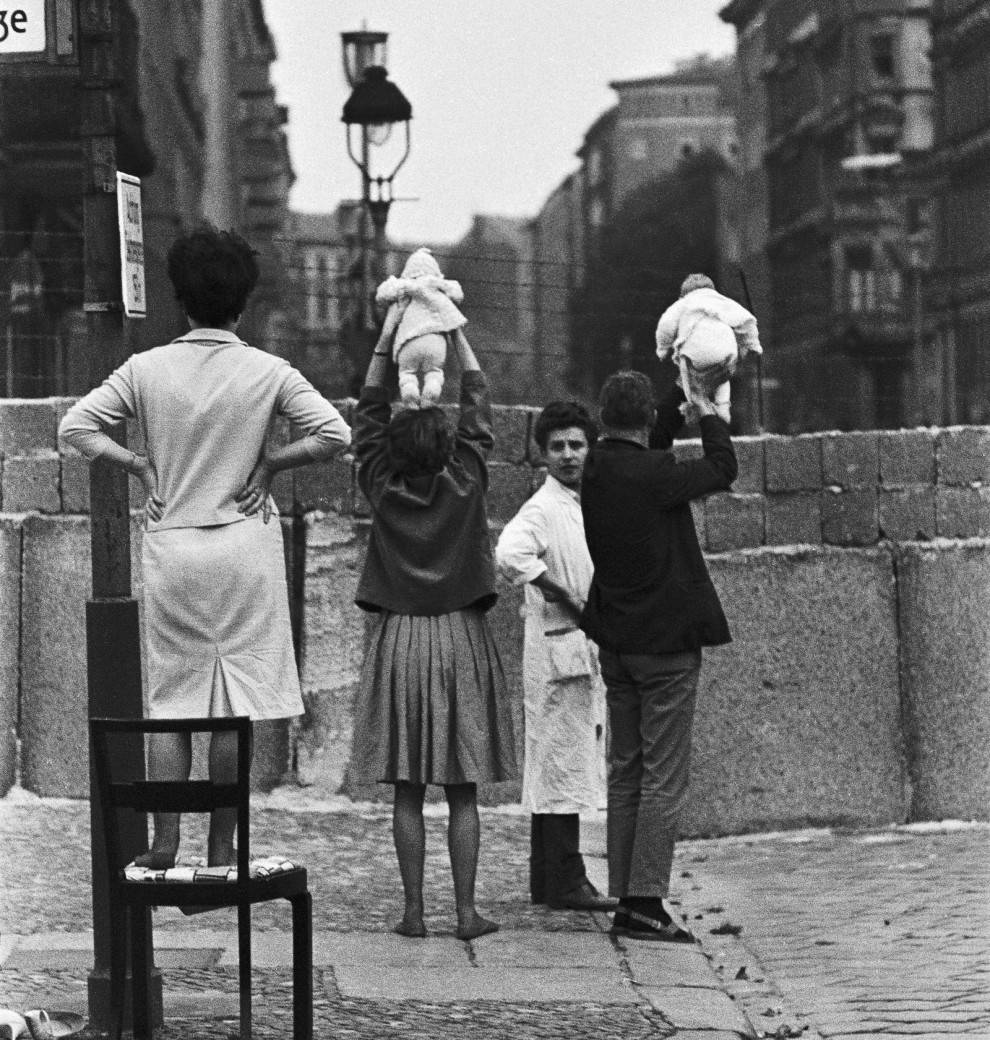 Sydney Opera House
Another iconic structure that seems to have existed forever. Yet here it is, still under construction. It started in 1959 and was completed a few decades later, in 1973. Now it’s one of the most recognized buildings in the world and an important venue for numerous shows, concerts and performances. 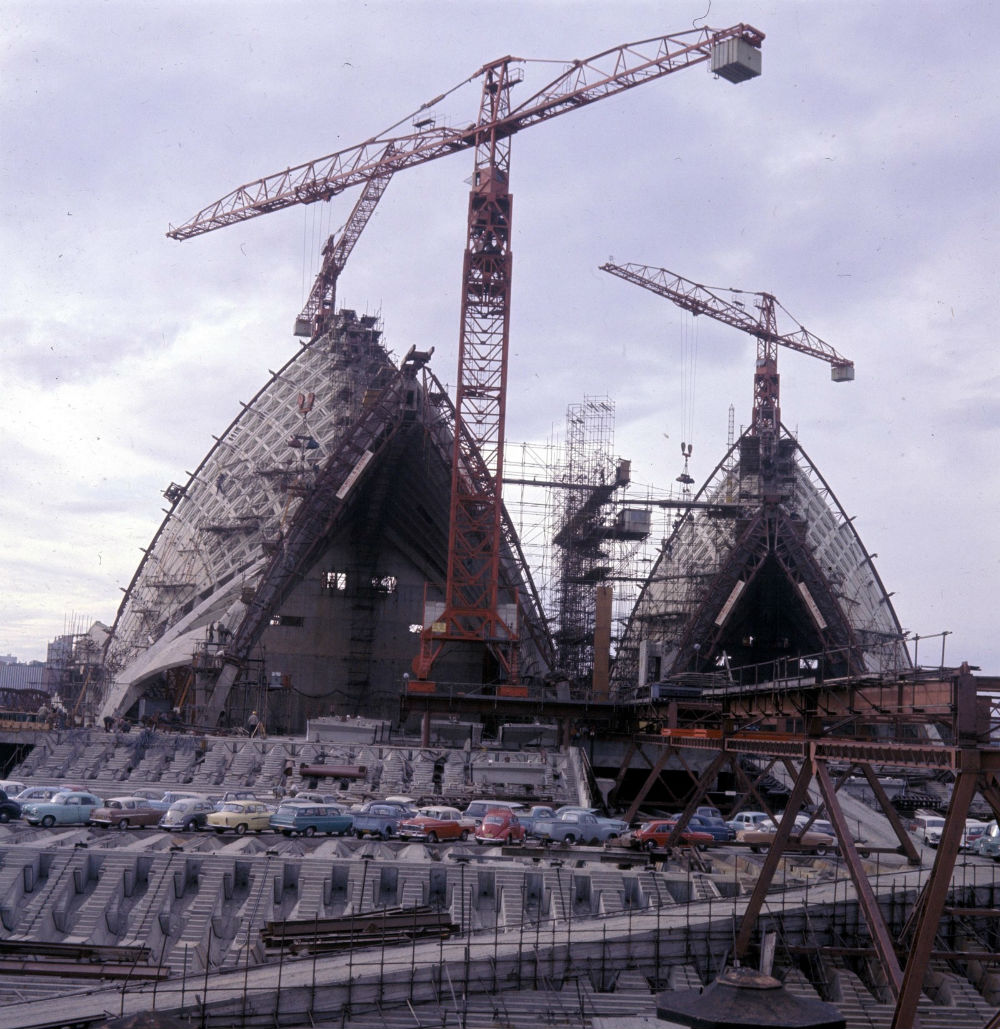 Atomic Test in Las Vegas
Now everyone is taught at schools about the lethal power of atomic energy and the deadly effect radiation has on a human body. Yet back in 1953 this group of tourists was fully enjoying the ‘show’ of an atomic test in Nevada. This photo is creepy in so many ways. 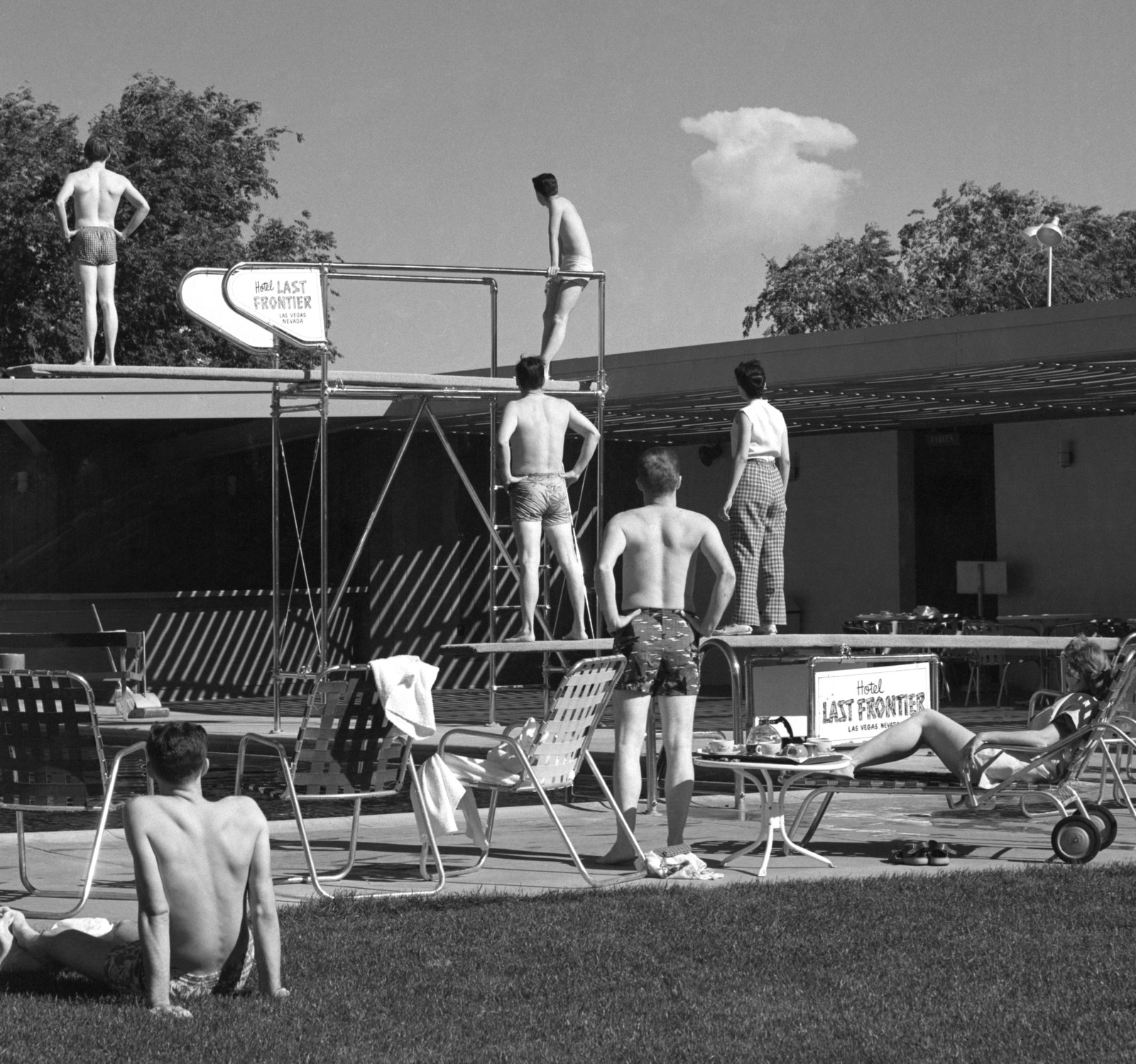 The Statue of Liberty
It’s hard to imagine that there was a time when there was no Statue of Liberty looming over the New York City. Did the Liberty Island even exist back then? In 1882, this gorgeous lady was still under construction somewhere in Paris. Here you can see her left arm being built. 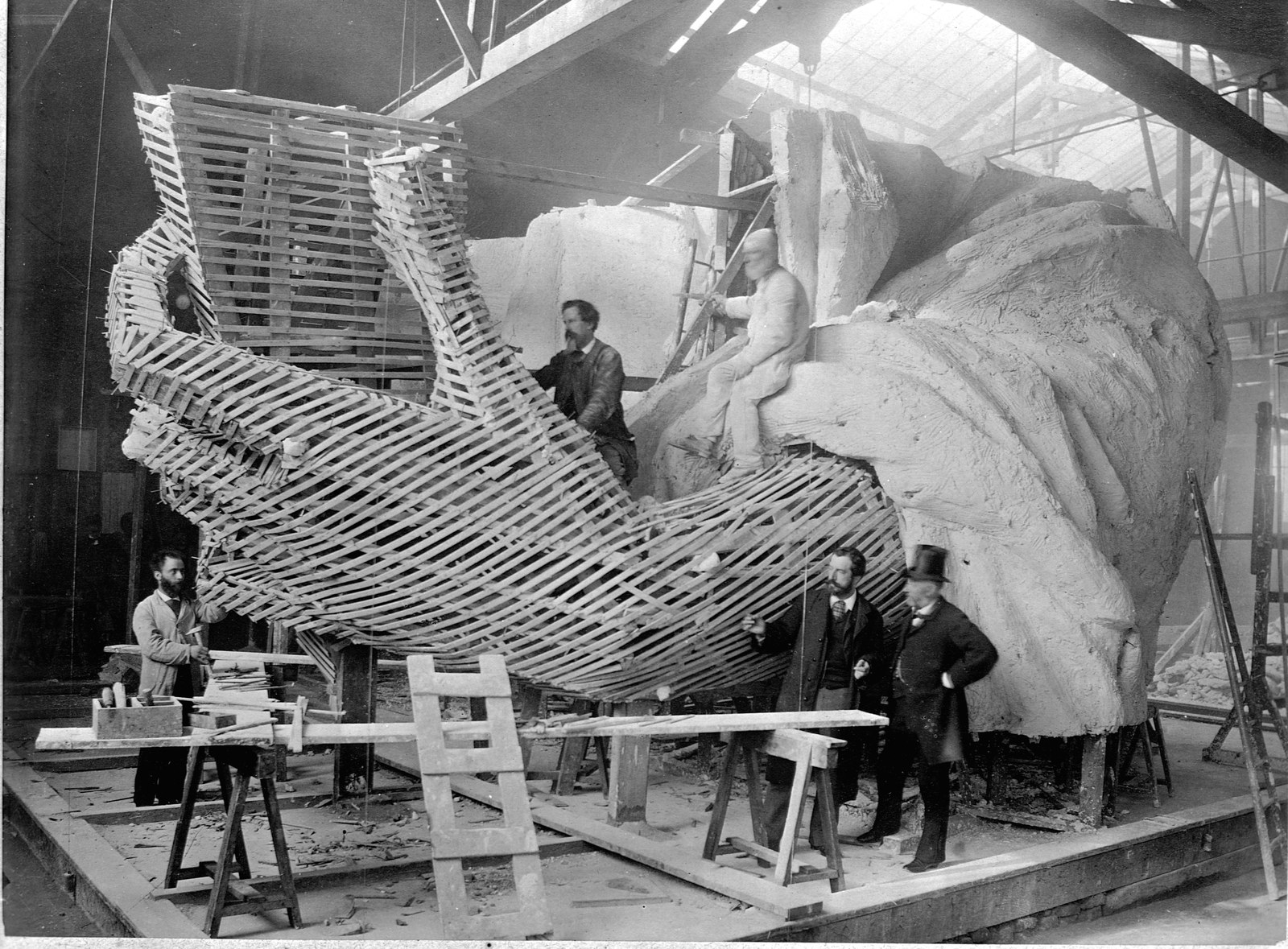 Hiroshima
We’ve all read about people turning into shadows in a blink of an eye – such is the dark magic of the atomic explosions that happened in Hiroshima and Nagasaki. People were literally turned into ashes, scorched into the earth right where they were standing. 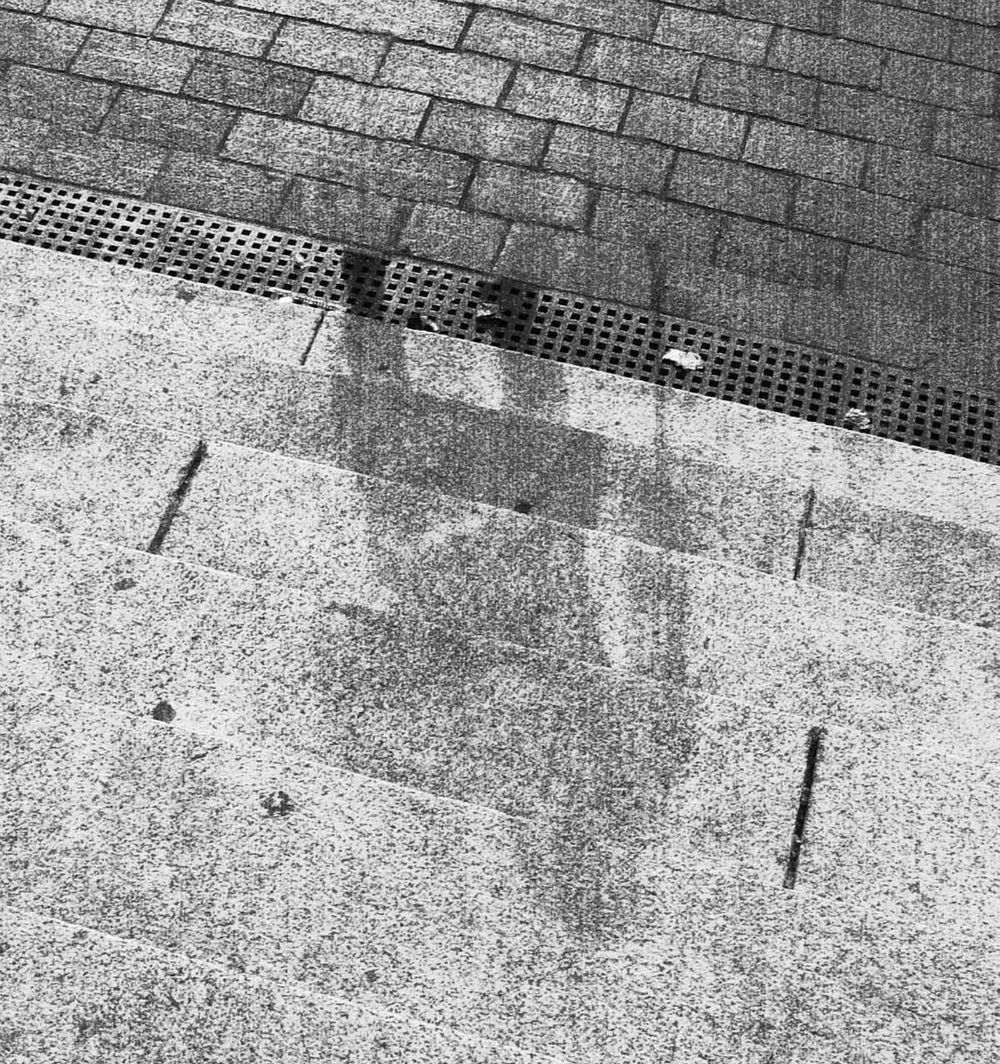 London
It’s painful to see this gorgeous city in ruins, but this is exactly what London looked like after the Nazi attack on Dec. 29, 1940. Both banks of the Thames were set ablaze as the Germans bombed the city. 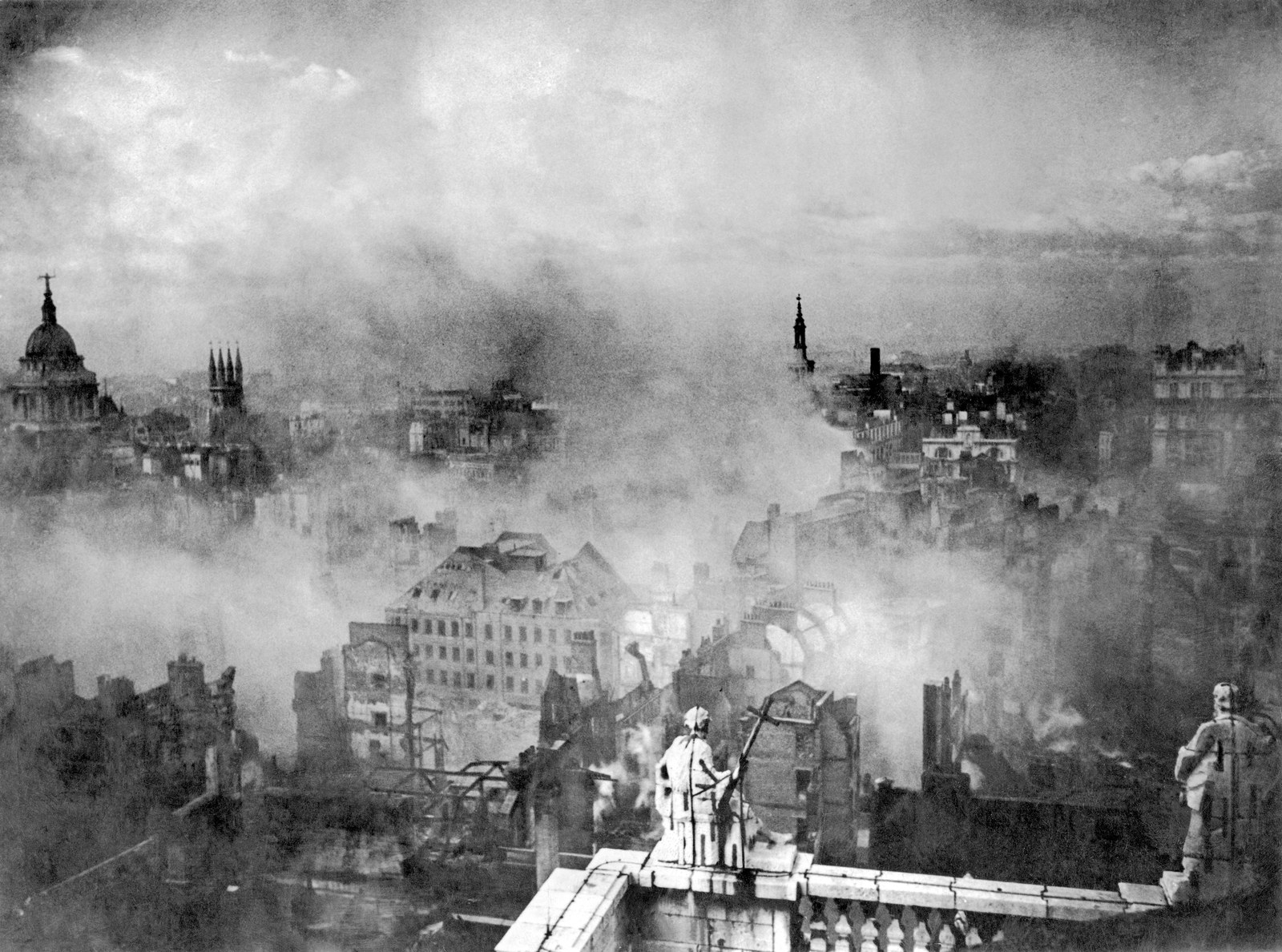 King Tut’s Tomb
One of the perks of being an archaeologist is having moments like this one. Howard Carter opened up the golden sarcophagus of King Tut. This is the time when the myth about the Pharaoh’s Curse was born as many members of Howard Carter’s team died in mysterious ways. 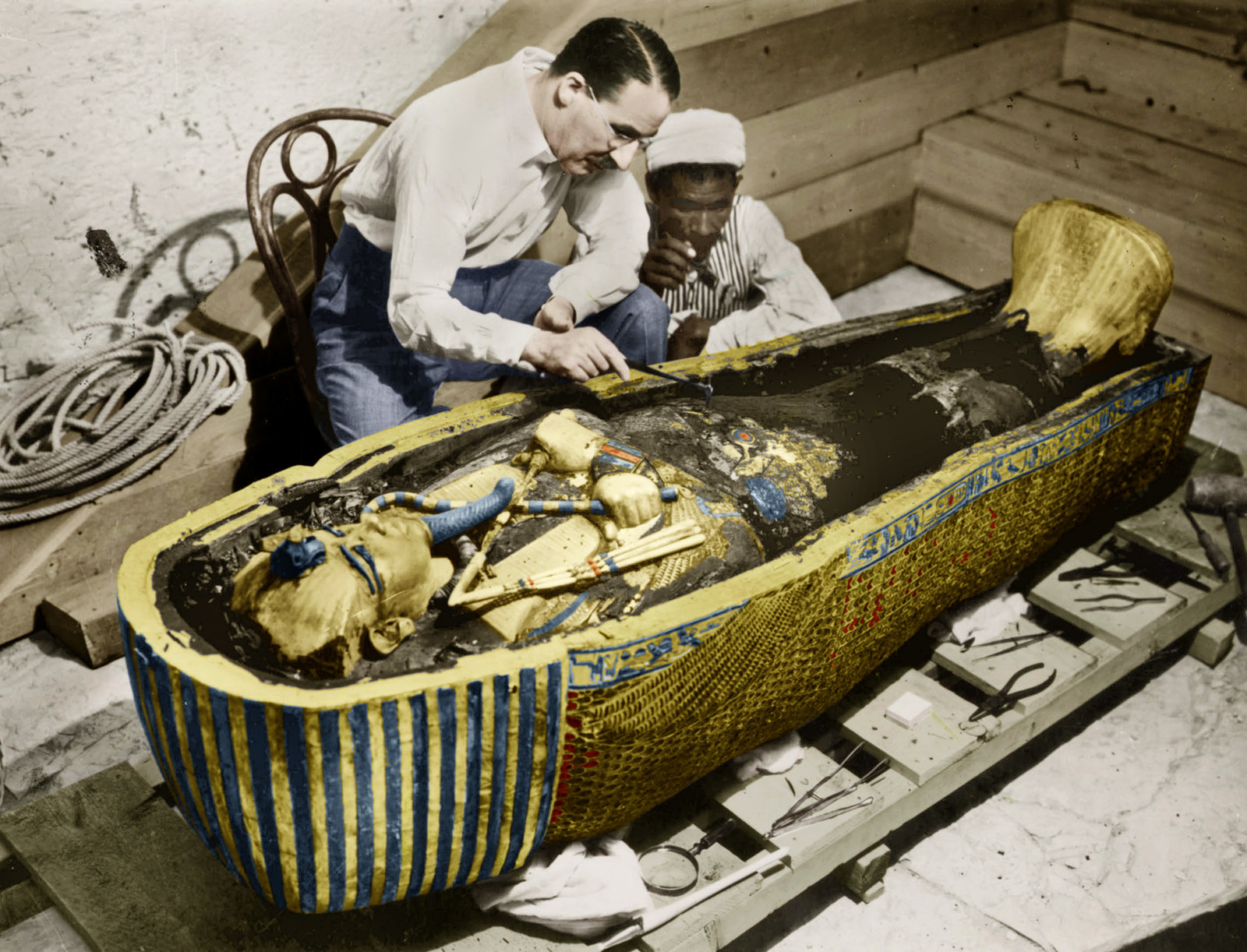 Niagara Falls
Did you know that the world famous Niagara Falls could be ‘turned off’? This is what happened when geologists decided to perform an erosion study. Rumor has it that the waterfall may be dewatered again to perform bridge maintenance. 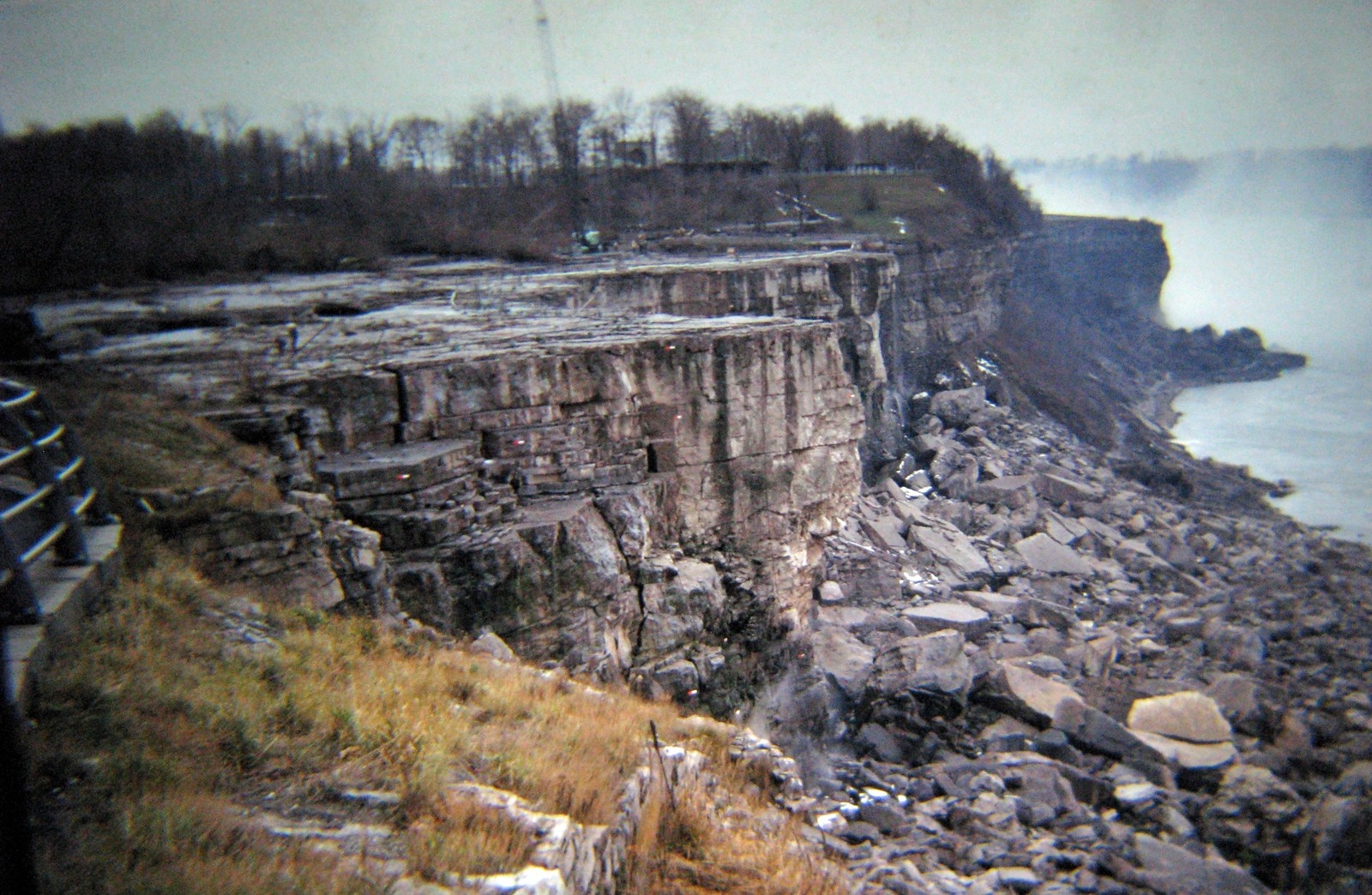 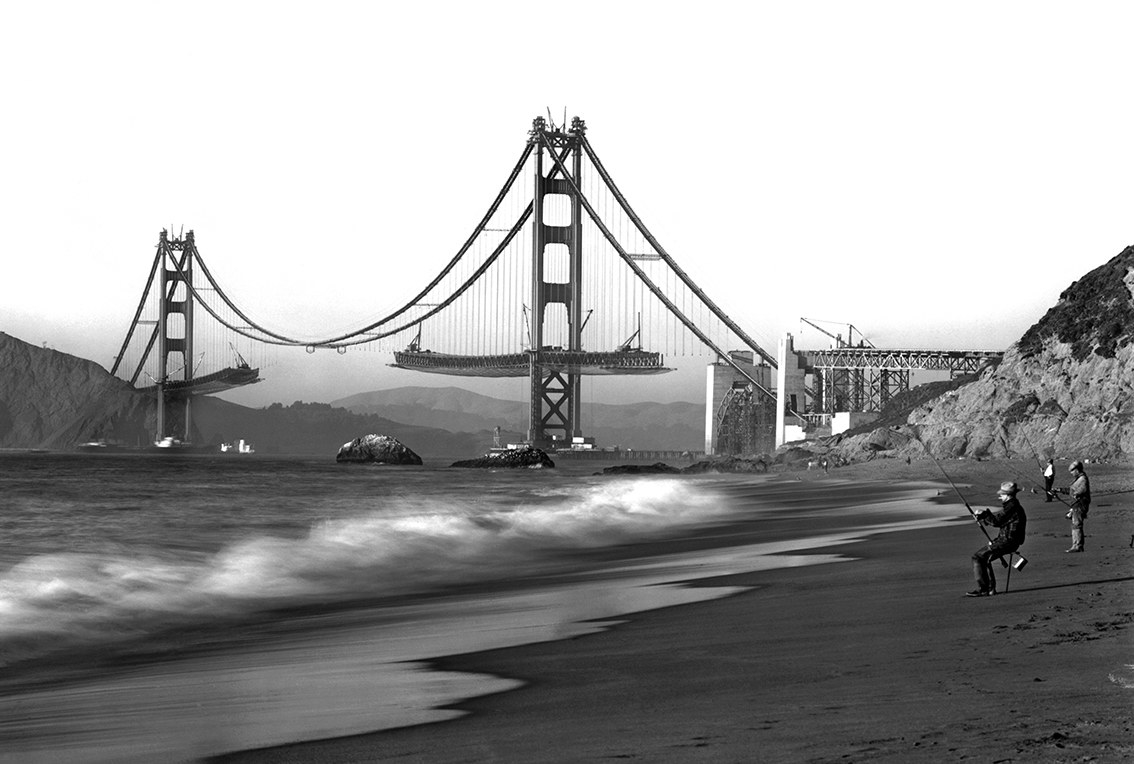 The End of WWII
This is how the end of the World War II was celebrated on the Red Square in Moscow back in 1945. Thousands of people gathered to witness the celebration and see the skies light up with fireworks. 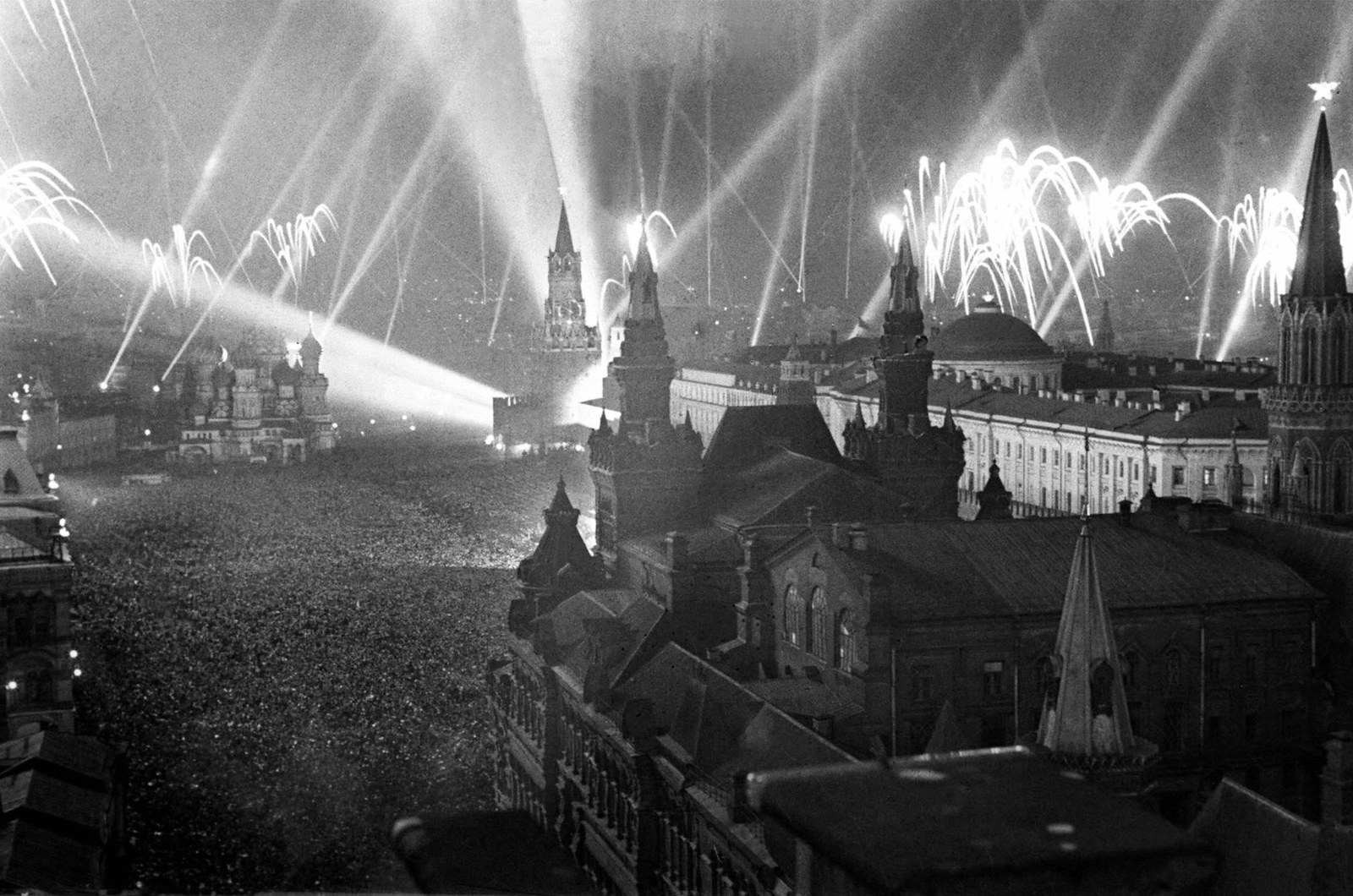 Mount Fuji
There’s hardly a more serene view in the world than the picturesque Mount Fuji in Japan. It has inspired thousands of artists throughout the years to create gorgeous masterpieces. The photo is from the 1980s and depicts a sailor with Mount Fuji in the back. 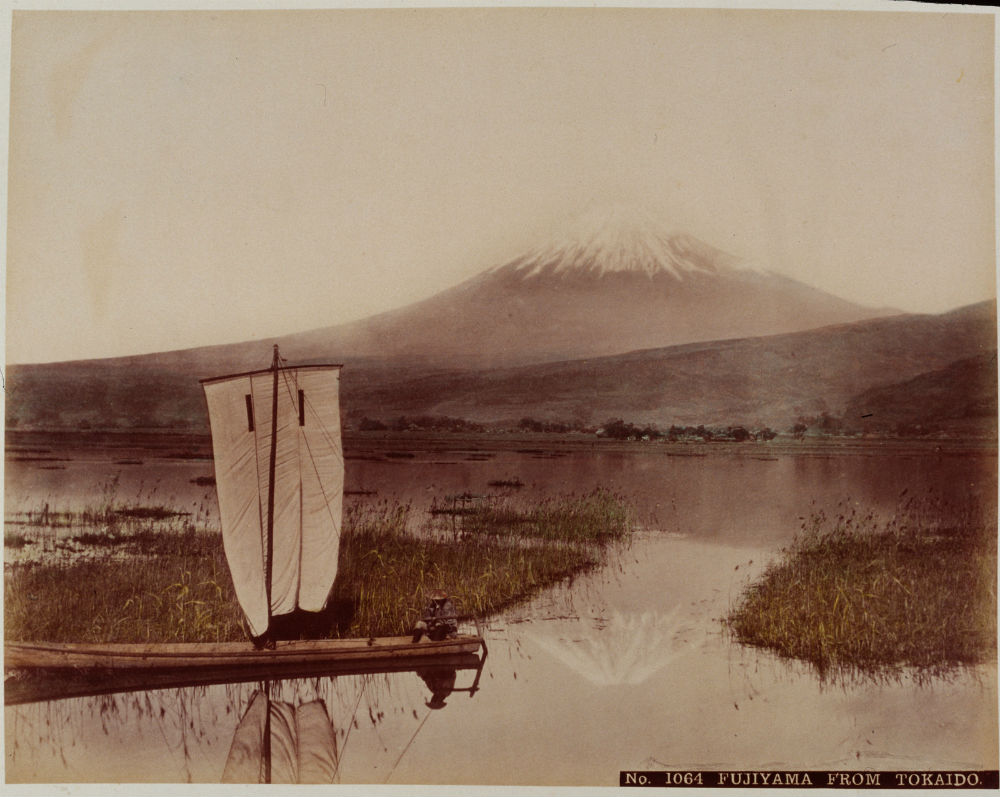 Walt Disney
Walt Disney looks like a kid whose biggest dream has finally come true. It is the opening day of the world famous Disneyland, 1955 – this is the original park opened in Anaheim, California, not to be confused with Disney World in Orlando, Florida which came along in 1971. 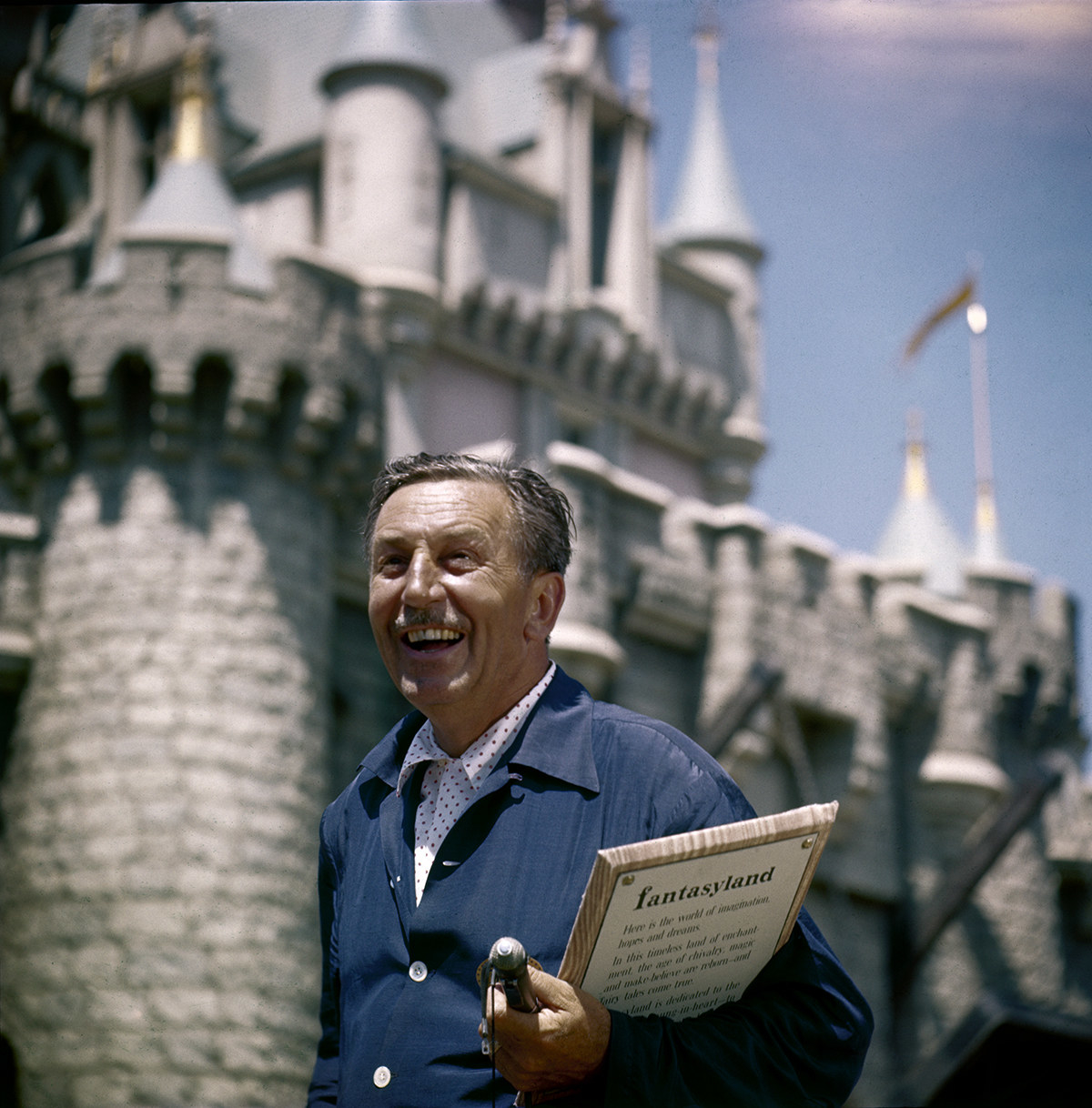