Jungles and forests have captivated people since the beginning of human history. Who knows what wonders and horrors are lurking in the shady depths of mangrove forests and fresh-green canopies? Jungles are home to prehistoric beasts that still roam the waters of the Amazon river and treasures left by ancient civilizations long gone. Right now we’re living in the age of fast scientific advancements with new discoveries being made every day. The world has become a much smaller place, with jungles, forests and deep waters mapped out and scanned by satellites. Nevertheless, there’s still a lot we don’t know about mother Earth. Here are 10 baffling jungle mysteries scientists are still unable to solve.

The Amazon Rings
The Brazilian Amazon is packed with ancient ring-shaped ditches that were created long before the forest appeared. And that’s thousands of years ago! Archaeologists still can’t figure out who created them and why. Some believe they were used as ancient burial grounds, but there’s no solid proof of that theory. Others think UFOs left these marks. The fact that they look similar to Nazca lines doesn’t make it any easier for scientists to figure out the origin of these ditches. 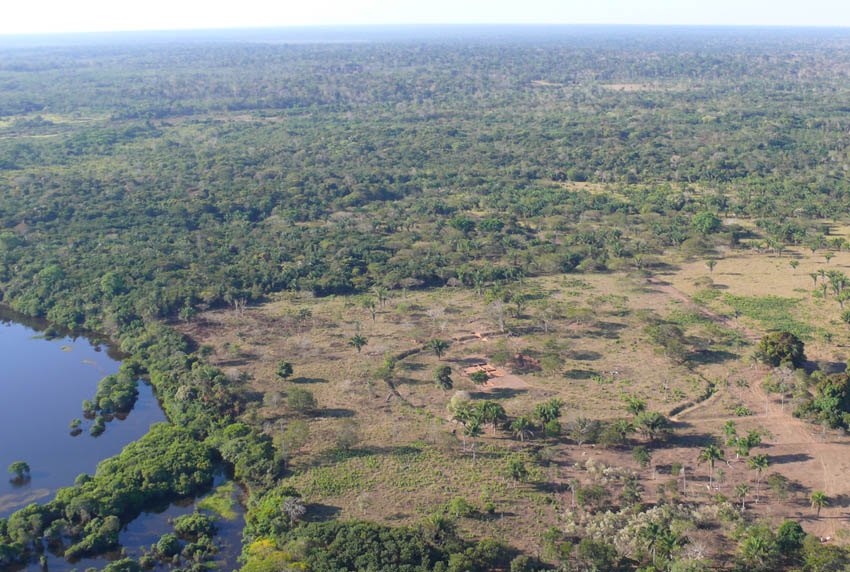 Maricoxi
South America has its own version of Sasquatch called ‘Maricoxi’. These creatures look like huge apes and can stand up to 3.7 meters high. They seem to be primitive, but are fairly intelligent and know how to use simple tools and weapons. The first encounter with Maricoxi dates back to 1914 when Colonel Percival H. Fawcett, a British explorer, was mapping the jungles of South America. The creatures were extremely hostile and could only speak in grunts. Colonel Fawcett and his expedition had to fire their guns into the ground to scare the Maricoxi away. In 1925, Fawcett and his expedition disappeared while looking for a lost city. Many believe they died of starvation or were killed by the Maricoxi. 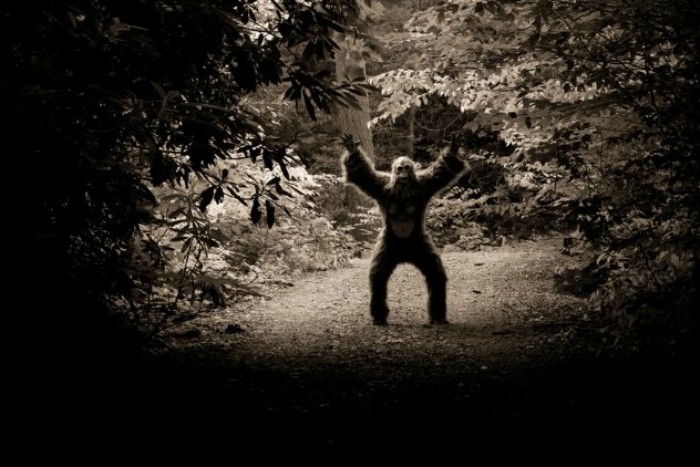 The Sentinelese People
The Sentinelese tribe has lived on the North Sentinel Island for over 60,000 years. These people are incredibly unwelcoming and drive away all attempts of contact with the civilized world. While their existence is a mystery in itself, scientists were truly shocked when the Sentinelese people survived the 2004 tsunami that has wrecked many of the Andaman Islands. The Sentinel tribe was exactly on its path! Yet when a helicopter flew over the island in search of survivors, a Sentinelese man ran out with a spear, shouting to make the helicopter go away. It’s a mystery how this tribe survived! 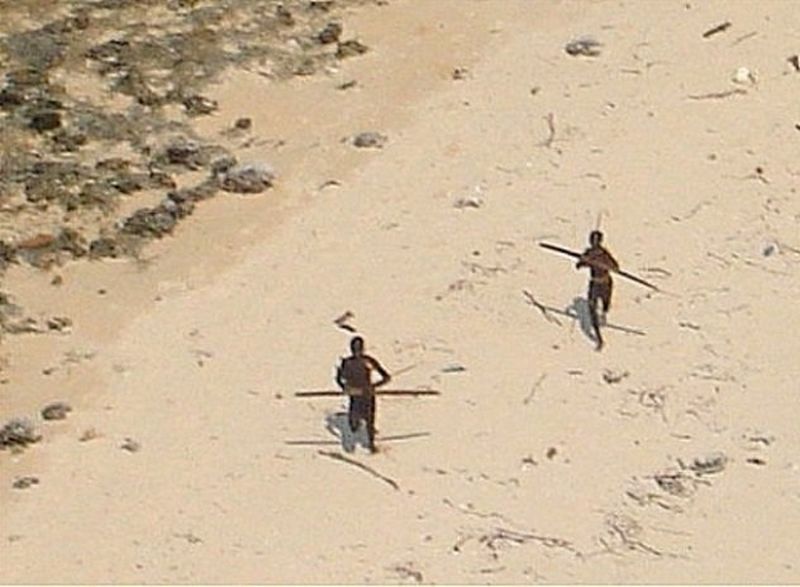 Prehistoric Stone Balls
Hundreds of these huge stone balls can be found all over the Costa Rican jungle. Who put them there and why? Scientists still can’t figure out how prehistoric people could have created these perfectly-shaped balls using only ancient tools. Moreover, how did they transport them through the jungles thick with trees? Some of the spheres are as high as 2.4 meters! It’s one of the most confusing jungle mysteries that still remains unsolved. 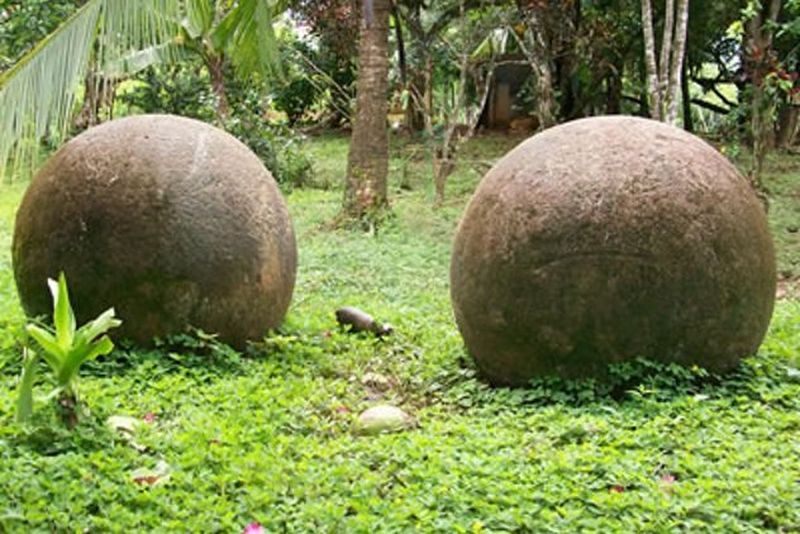 The Boiling River
In the heart of the Peruvian Amazon there is a river that kills everything with its waters. The temperatures can rise as high as 93 degrees Celsius, which makes it uninhabitable. There is no information about the origin of this river, but some people believe it came to be after a mistake made by a drilling company that ruptured a geothermal system and released hot gases from the depths of the Earth right into the river. Locals believe this place to be sacred and often gather on its banks to perform rituals and sing songs. 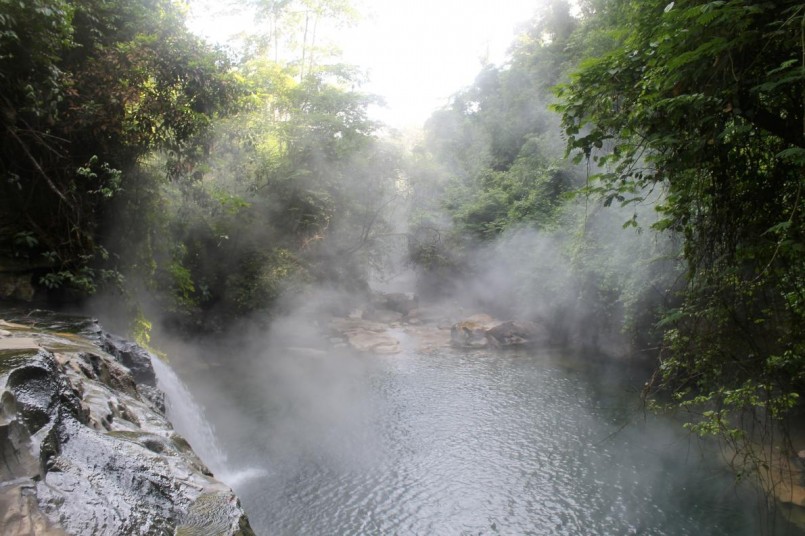 The Lost City of Giants
Back in 2012, an expedition went to Ecuador to search for the lost city. Accompanied by a group of natives, the explorers did indeed find a set of massive structures that were named the ‘Lost City of Giants’. Along with 79-meter-tall pyramids, they found numerous oversized tools that were too big for humans to use. Many remain skeptical about these finds, but some scientists believe this is proof that giants once roamed the Earth. 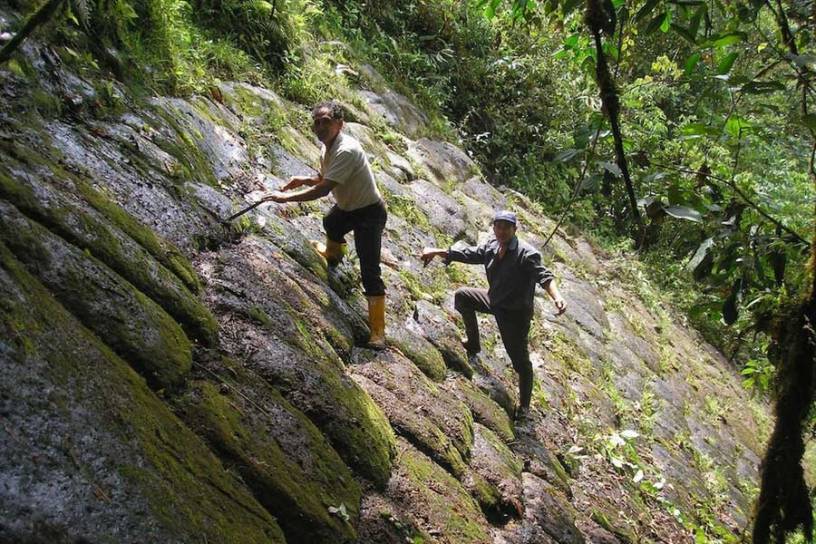 The Stone Head of Guatemala
In the 50s, the jungles of Guatemala presented archaeologists with a huge stone head like no other. Found by Dr. Oscar Padilla, the head was directed to the sky and had Caucasian features (large nose and thin lips), which was impossible as back in the day there was no contact with Caucasian people whatsoever. The head was later destroyed under weird circumstances, but archaeologists are sure it was created by ancient civilizations. Hector E. Majia, a Guatemalan expert, stated that the head had no characteristics of Nahuatl, Olmec, Maya or any other ancient civilization. It was definitely built by a superior civilization! 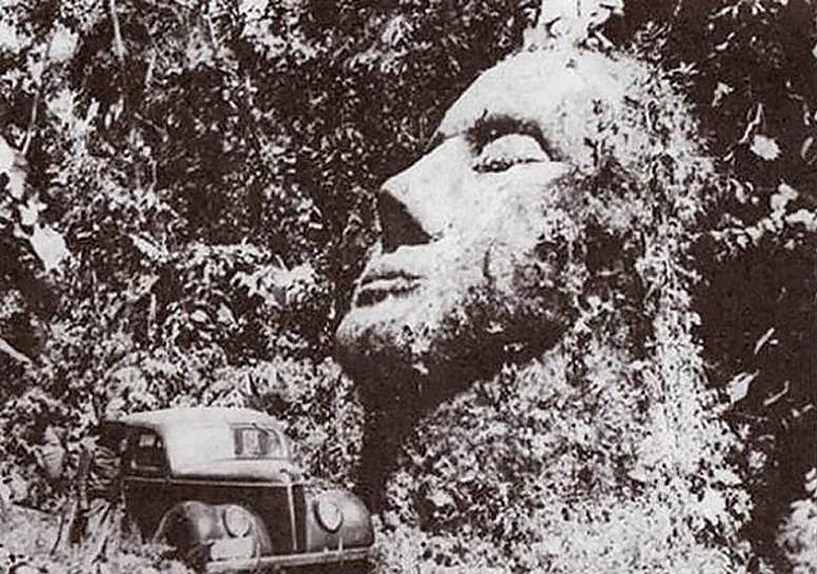 The Disappearance of Michael Rockefeller
Michael Rockefeller, a 23-year-old explorer from Harvard, was fascinated by travel and tribal artwork. He disappeared in 1961 while travelling the jungles of New Guinea. While Michael and his partner, Rene Wassing, were on water, their boat overturned and the two got stranded in the middle of nowhere. Michael thought he could reach mainland and swim 16 kilometers to the shore. His last words were: ‘I think I can make it’, and that’s the last time everyone saw him alive. Many believe Michael Rockefeller drowned on his way to the shore, others think he was eaten by the cannibals of the Asmatu tribe. Either way, his whereabouts still remain unknown today. 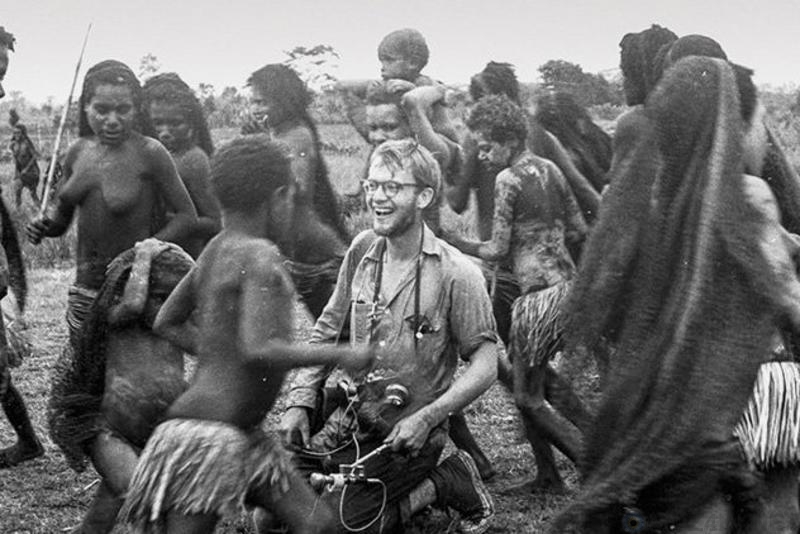 Amazon Rainforest Alien
A truly spectacular photo was taken in Brazil’s Mamuas region by two British tourists. They accidentally captured an actual humanoid alien! The picture was taken by none other than Michael Cohen, a famous paranormal writer, who came to explore the numerous UFO sightings in the region. He was not the only one – the Brazilian government has issued an investigation of its own (Operation Prato) which remained classified for a long time. All these facts hint to the authenticity of the photo. Hollywood has even contacted Michael Cohen to get the permission to use the photo in a movie! 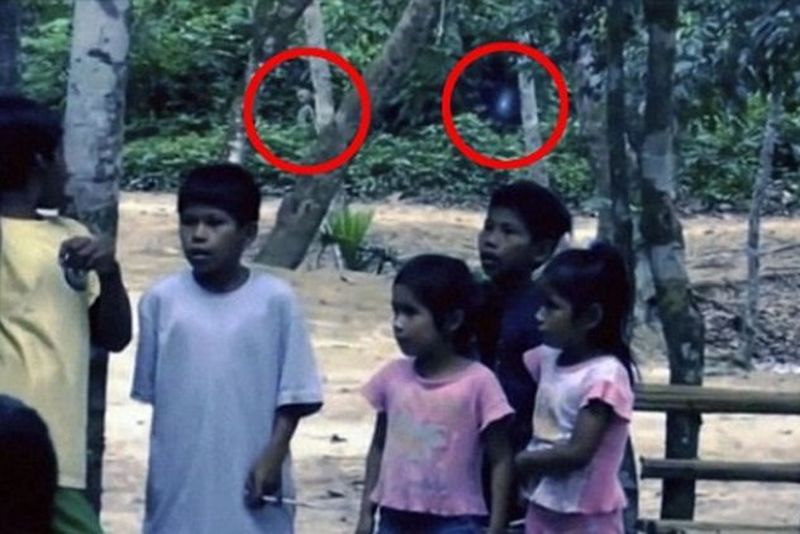 Flesh-eating Parasite
Back in 2011, a group of explorers stumbled upon the Lost City of the Monkey God. Hidden deep in the Honduran “La Mosquitia” jungle, it was abandoned by Aztecs more than 500 years ago. A flesh-eating disease, which was perceived as a curse, has driven everyone from the city, but what’s even scarier is the fact that the ancient plague was still alive! One of the explorers was Douglas Preston, a famous writer, who has even produced a book about the group’s findings. During the expedition he and his team nearly lost their faces! They contracted the flesh-eating disease and had to get immediate help, otherwise their faces would have turned into nose-less, mouth-less wounds. During the excavation they were also attacked by venomous snakes and eventually had to live the city with just a few artifacts on their hands. It was too dangerous to continue their work! 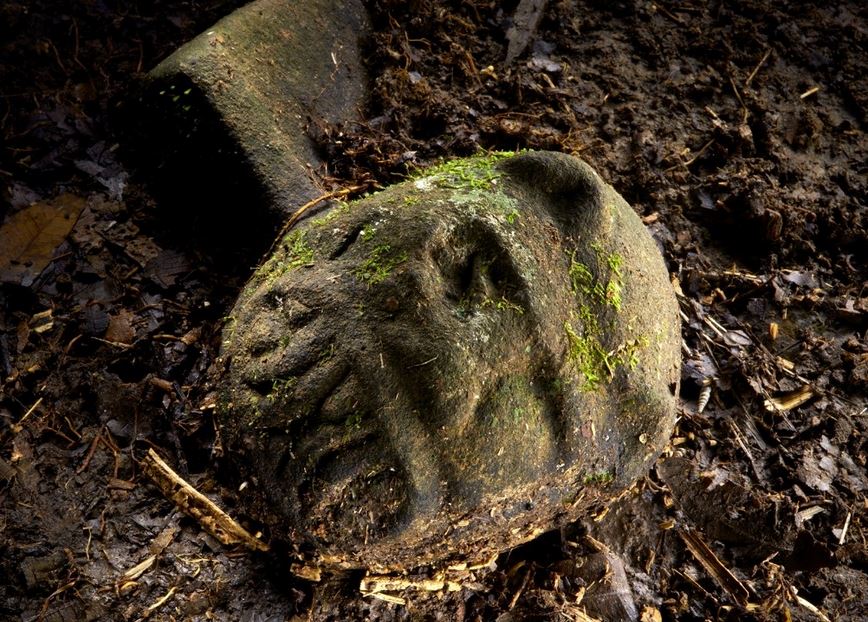